“Armenia once again demonstrates that it cannot live in peace with its neighbors” - Azerbaijani Presidential aide
Read: 711

US blocked major arms deals with Turkey, including the F-16 modernization
Read: 694

'I want to thank all the young people in this country!' - UNICEF Representative to Azerbaijan on International Youth Day - VIDEO
Read: 688 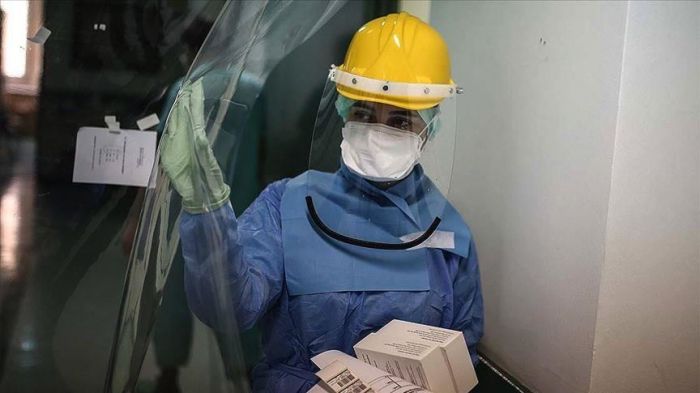 Further outbreaks will emerge unless governments take active measures to prevent other zoonotic diseases from crossing into the human population, according to a UN report Monday, EDNews.net reports citing Anadolu Agency.

COVID-19, Ebola, MERS, West Nile and Rift Valley fever are caused by viruses that have jumped from animal hosts to the human population.

Titled ‘Preventing the Next Pandemic: Zoonotic diseases and how to break the chain of transmission,’ the report is a joint effort by the UN Environment Programme (UNEP) and the International Livestock Research Institute (ILRI).

The report identifies seven trends driving the increasing emergence of zoonotic diseases which are passed to humans from an animal source.

Among them are "increased demand for animal protein; a rise in intense and unsustainable farming; the increased use and exploitation of wildlife; and the climate crisis."

"The science is clear that if we keep exploiting wildlife and destroying our ecosystems, then we can expect to see a steady stream of these diseases jumping from animals to humans in the years ahead," said UNEP Executive Director Inger Andersen.

Noting that pandemics are devastating human lives and countries’ economies, Andersen said the poorest and most vulnerable suffer from them the most.

"To prevent future outbreaks, we must become much more deliberate about protecting our natural environment," she added.

According to UNEP, every year, some two million people, mostly in low- and middle-income countries, die from neglected zoonotic diseases.

The novel coronavirus pandemic has claimed over 537,000 lives in 188 countries and regions since originating in Wuhan, China in December. The US, Brazil, India and Russia are currently the worst-hit countries.

More than 11.5 million COVID-19 cases have been reported worldwide, with recoveries exceeding 6.28 million, according to figures compiled by US-based Johns Hopkins University.