“Armenia once again demonstrates that it cannot live in peace with its neighbors” - Azerbaijani Presidential aide
Read: 709

US blocked major arms deals with Turkey, including the F-16 modernization
Read: 691

'I want to thank all the young people in this country!' - UNICEF Representative to Azerbaijan on International Youth Day - VIDEO
Read: 686

Mexican President visits US with focus on trade 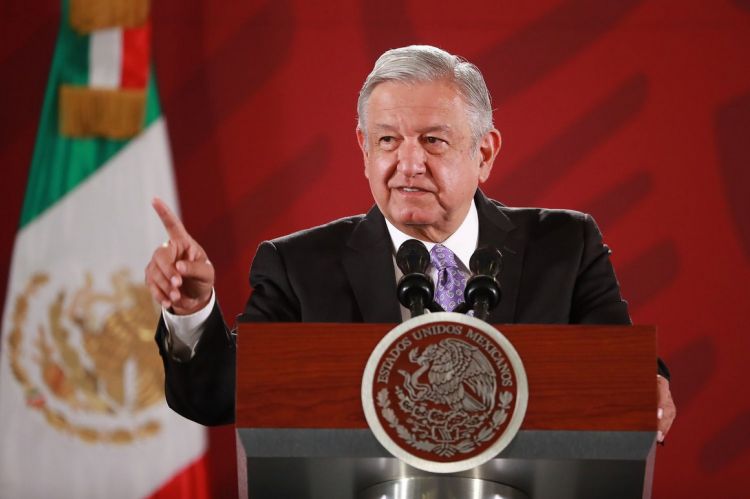 Speaking to reporters in Mexico City before his departure Tuesday, López Obrador repeatedly said in response to questions about raising other issues such as immigration policy that his focus in the talks would be on the trade deal.

“It is always important that there be cooperation for development, but now in a circumstance of global economic crisis this treaty is going to help us a lot, it is very timely,” López Obrador said.

He noted the economic challenges facing Mexico, like many other countries, during the coronavirus pandemic and stressed the need for Mexico to have good relations with its neighbor.

The Mexican leaders noted the agenda for bilateral talks does include other topics, and on those his delegation, which includes Foreign Secretary Marcelo Ebrard Casaubon and Economic Secretary Graciela Márquez Colín, will not take a confrontational approach, but rather try to have a dialogue of understanding with their U.S. counterparts.

Trump, in brief comments ahead of the López Obrador’s visit, said the two will have “quite a meeting.”

“He's a good man. He's a friend of mine. And we have a great relationship with Mexico,” Trump said.

The U.S.-Mexico-Canada Agreement updated the 1990s North American Trade Agreement and was a major policy push of Trump, who cast the former trade deal as harmful to U.S. businesses and workers.

In addition to private talks between Trump and López Obrador and wider meetings with their advisers, the two leaders will also take part in a dinner Wednesday night with business leaders from both countries.

The Mexican foreign ministry said before going to the White House, López Obrador will make visits to the Lincoln Memorial and a statue of former Mexican President Benito Juárez in Washington.