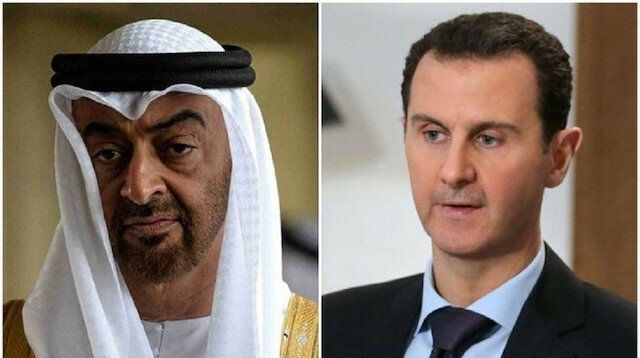 The United Arab Emirates, which supports putschists against democratic regimes for the sake of not losing its regional influence, has been cooperating with Syria’s Bashar al-Assad regime for the last two years, EDNews.net reports citing Yeni Safak.

After the UAE cut all diplomatic ties with the Assad regime in 2011 following the Arab Spring, Russia's pro-Assad intervention prompted the UAE to revise its policy towards Syria despite supporting the opposition there for a while.

Instead of taking a stance against the Assad regime, which has caused the deaths of hundreds of thousands of civilians, the Abu Dhabi administration chose to take side with it.

The following is a compilation of developments in diplomatic, commercial, and military relations between Abu Dhabi and the Assad regime, especially in the past two years.

The first sign of the change in Abu Dhabi's position towards the Assad regime was UAE Foreign Minister Anwar Gargash’s cautious support of Russia’s military intervention in November 2015.

In April 2018, Gargash claimed in a statement that the civil war in Syria was between Assad and "radical Islamic" groups.

He complained about the exclusion of Syria from the Arab League, highlighting his country’s softening attitude towards the Assad regime.