Over 160 tanks and armored vehicles arrive for Russian Army and Airborne Force
Read: 819

Russia welcomes US plans to reduce troop size in Afghanistan to 4,000
Read: 551 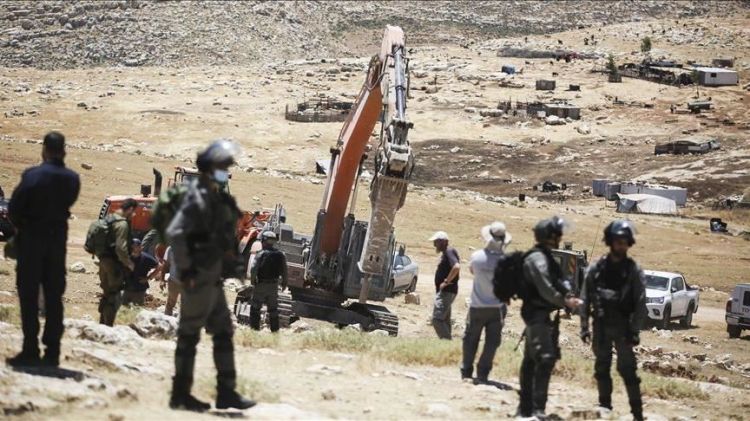 Jordan and Turkey on Wednesday reiterated their rejection of an Israeli plan to annex parts of the occupied West Bank, EDNews.net reports citing Anadolu Agency.

Speaker of Jordan’s House of Representatives (lower house of parliament), Atef Tarawneh, held talks in Amman with Turkish Ambassador Ismail Aramaz to discuss cooperation between the two countries in the parliamentary, economic and investment fields.

"Amman and Ankara have historic relations and bonds of friendship and cooperation which require maintaining coordination and consultation regarding the issues of mutual interest." Tarawneh said in a statement.

The Jordanian speaker reiterated his country’s rejection of any Israeli plan to annex Palestinian lands in the West Bank.

The Turkish diplomat, for his part, emphasized on his country’s support to the Jordanian opposition to the unilateral Israeli annexation and underlined Ankara’s rejection of any land grab by Israel.

Israeli Prime Minister Benjamin Netanyahu has vowed to start annexing all settlement blocs and the Jordan Valley in the occupied West Bank as of July 1.

The move, however, appears to have come to a halt in light of widespread international rejection of the plan along with differences with the US administration on its application.

International law views both the West Bank and East Jerusalem as "occupied territories" and considers all Jewish settlement-building activity there as illegal.