US General sees smaller but enduring troop presence in Iraq 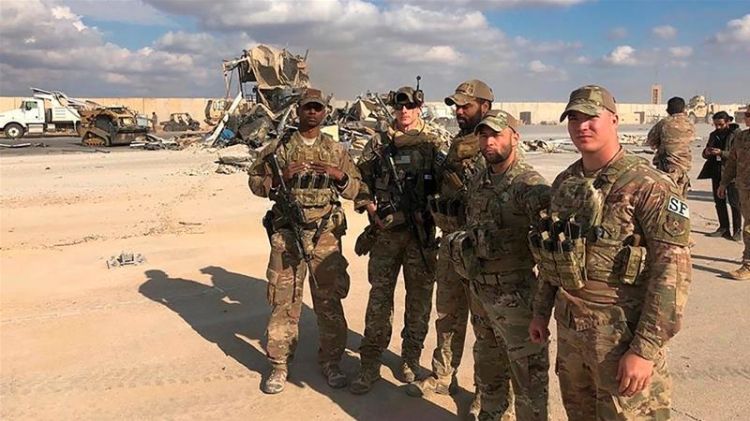 Six months after a deadly American airstrike in Baghdad enraged Iraqis and fueled demands to send all U.S. troops home, the top U.S. general for the Middle East is talking optimistically about keeping a smaller but enduring military presence there, EDNews.net reports citing Voice of America.

Marine Gen. Frank McKenzie, the commander of U.S. Central Command, met Tuesday with Iraq's new prime minister, Mustafa al-Kadhimi, and said afterward that he believes the Iraqis welcome the U.S. and coalition troops, especially in the ongoing fight to keep Islamic State militants from taking hold of the country again.

"I believe that going forward, they're going to want us to be with them," McKenzie told a small group of reporters, speaking by phone hours after he left Iraq. "I don't sense there's a mood right now for us to depart precipitously. And I'm pretty confident of that."

President Donald Trump has vowed to bring troops home and halt what he calls America's endless wars. But he has also warned Iran to expect a bold U.S. response if Iranian-backed militias attack Americans in Iraq.

McKenzie last visited Iraq in early February, slipping into the country for a few hours to meet with leaders as anti-American sentiment was soaring and violent protests and rocket attacks were pummeling the American Embassy.

Relations, however, have improved since al-Kadhimi took over in May. And while some groups, such as parliament's Iran-backed Fatah bloc, continue to call for the withdrawal of U.S. forces, there is an emerging dialog between the U.S. and Iraq on the future relationship between the two nations.

McKenzie said the U.S. recognizes that al-Kadhimi is in a difficult position as he tries to deal with all factions within the government and maintain relations with both the U.S. and Iran.

The U.S. has criticized Iraq's government for being unable to rein in the Iran-backed militia groups it believes are orchestrating the attacks. And al-Kadhimi has pledged to protect American troops and installations from attacks.

"I think he's negotiating a land mine now. I think we need to help him," McKenzie said. "He's in a very difficult position."

McKenzie said he hopes the U.S.-Iraq meeting slated for this month will be face-to-face but knows the coronavirus pandemic could affect that. The talks are expected to run the gamut of their bilateral relations, with Washington prioritizing future force levels in Iraq and the ongoing militia attacks, and Baghdad focusing more on its dire economic crisis.

"Certainly we need some foreign presence in Iraq," McKenzie said. "I don't know that it needs to be as big as it is now, because ultimately that's going to be a political, not a military, decision. But I think the Iraqis know, welcome and value what we do for them now."

McKenzie would not say how many U.S. troops might stay. But he said Iraqi conventional forces now operate on their own. U.S. and coalition forces continue to conduct training and counterterrorism operations, including with Iraqi commandos. Any final decisions, he said, would be coordinated with the Iraqi government.

He said that as Iraqi troops grow more competent, fewer coalition forces would be needed.