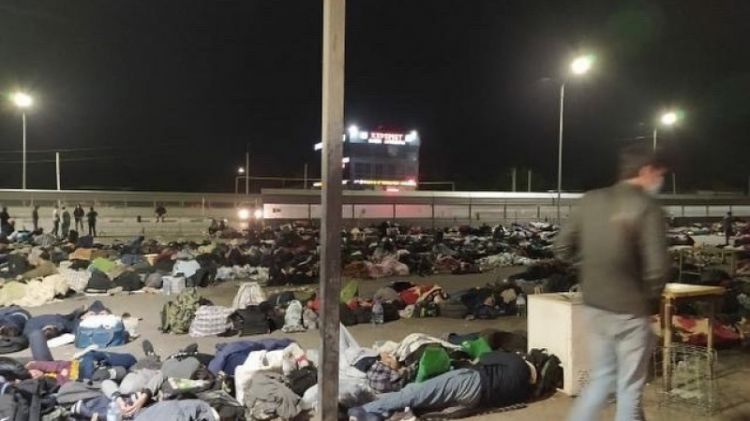 Around 3,000 people, most of them are Uzbek nationals, remain near border, region vice governor Saken Kalkamanov said. He noted that Uzbekistan allowed 200-300 people to cross the border last week. Region officials, volunteers and sponsors organized food delivery once a day and provided water. Police officers stand guard at the border so that people do not disperse, because region officials cannot test people for coronavirus now.

Photo picturing several people that lie on the ground was published in social media. The author noted that they remained at the Kazakh-Uzbek border.

According to General Consulate of Uzbekistan in Almaty, around 3,000 Uzbek citizens remain at the checkpoint Gish-Kuprik.

The Foreign Ministry reports that Consulate workers are in contact with Uzbek nationals at the border and provide them aid such as food.

Uzbekistan claims that more than 2,700 citizens have crossed Kazakh-Uzbek border since July 1. Most of them were infected, elderly people, pregnant women with little children.

The Foreign Ministry of Uzbekistan noted that problems with crossing checkpoint Jibek Joly (Gisht-kuprik) will be solved in nearest future.

Uzbekistan has closed borders because of COVID-19 pandemic in March. The country does not allow foreign citizens to cross the borders.

As a result, hundreds of Tajik nationals had to live near the border for several weeks before they were allowed to cross the border at the beginning of June.

Uzbekistan declared reinstatement of strict quarantine restrictions since July 10 until August 1 due to resurgence in COVID-19 cases.