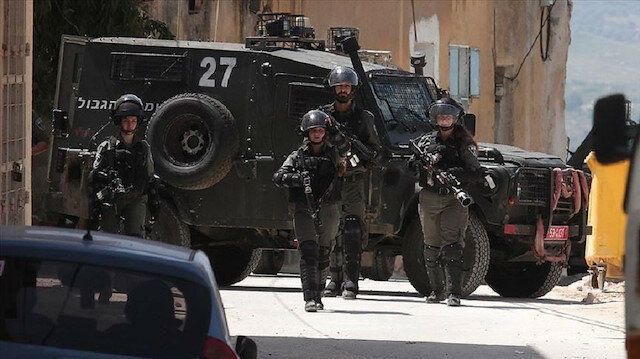 The protesters burned tires and pelted stones at them.

As part of US President Donald Trump’s Deal of the Century, Israeli Prime Minister Benjamin Netanyahu had announced last month that his government would formally annex the Jordan Valley and all settlement blocs in the West Bank.

The West Bank, including East Jerusalem, is viewed as occupied territory under international law, thus making all Jewish settlements there -- as well as the planned annexation -- illegal.

The majority of the international community, including the European Union members, do not recognize Israel’s sovereignty over territories that it has occupied since 1967.