Armed attack on the Azerbaijan Embassy in Tehran - "Yasin Huseynzadeh, is likely to be working for SEPAH" - EXCLUSIVE
Read: 235

Anti-Russian sentiments are intensifying in Armenia 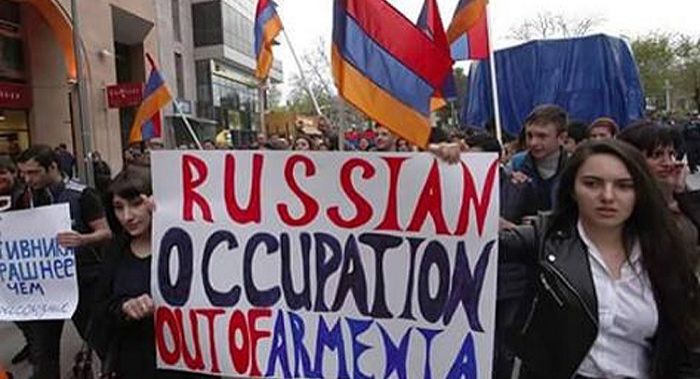 Past daily of Armenia writes: The fact that the anti-Russian sentiments are intensifying can no longer be even hidden. Experts have repeatedly stated that this is done on the initiative and under the supervision of well-known pro-Western as well as pro-government circles located within the halls of power, EDNews.net reports citing News.am.

These days, the issue of the Russian 102nd military base located in Gyumri is being actively discussed again, it is mentioned that this topic is regularly put on [PM] Nikol Pashinyan's table by certain "expert" circles serving the halls of power.

According to Past newspaper’s information, quite serious "fights" took place within the halls of power over the weekend, the main topic of which was connected with the 102nd military base. The thing is that the halls of power’s segment which is openly “in the” anti-Russian “line” has been trying to convince Pashinyan for a long time in every way that the anti-Russian topic should be kept heated and to do it through their "second echelon."

According to our source, it is proposed to do this by circulating a large amount of negative information in connection with the [Russian] base.

The newspaper's source said that the main goal of these forces was initially the issue of liquidation of the military base, and now they are making the topic active.

However, those who strongly oppose the spread of such sentiments and this idea, in particular, make up a large number within the same halls of power.