Exclusive interview with the Head of the Representative Office of Rossotrudnichestvo in Azerbaijan - Irek Zinnurov - VIDEO
Read: 213 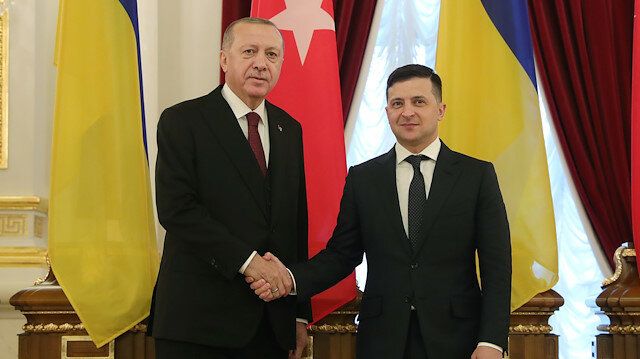 “Grateful to Turkey and @RTErdogan for supporting Ukraine’s sovereignty, helping to fight #COVID-19 and overcome the damage of the floods,” Zelensky wrote on Twitter.

During the meeting, the two defense ministers discussed bilateral relations and regional developments, Akar said at a joint press conference.

“We supported and will support the territorial integrity of Ukraine and peaceful methods regarding the issue,” Akar said.

Underlining the deep-rooted bilateral relations between the countries, Akar said they took important steps, especially cooperation in defense and security.

For his part, Taran thanked Turkey for its support and efforts in protecting the territorial integrity and sovereignty of Ukraine.

Stressing that they discussed the priorities of bilateral defense cooperation, Taran said the cooperation is important for the development of the Ukrainian economy.

Russia and Ukraine have been at loggerheads since Russia annexed Crimea after a controversial referendum.

The US and Turkey, as well as the UN General Assembly, viewed the move as illegal.

Ukraine has also blamed the Kremlin for separatist violence in Donbass, in the country's east, near its border with Russia, which has claimed some 13,000 lives.