Russian diplomat warns with return of Cold War by race for military dominance in Europe
Read: 533

III ANIMAFILM ANNOUNCES THE PARTICIPANTS OF THE COMPETITION PROGRAM
Read: 463

WHO extends state of emergency over coronavirus pandemic for another 3 months
Read: 407

Turkey to always stand by Bosnia in search for justice - Erdoğan 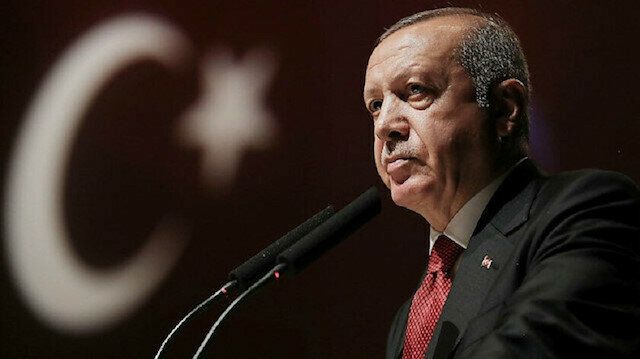 The Turkish president on Saturday remembered the Srebrenica martyrs on the 25th anniversary of the genocide, EDNews.net reports citing Yeni Safak.

"We will always stand by our Bosnian brothers in their search for justice. The Srebrenica Genocide will never be forgotten," Recep Tayyip Erdogan said in a video message.

As part of the 25th anniversary of the Srebrenica Genocide, Erdogan spoke via video link at the memorial ceremony held at the former accumulator factory used by the United Nations troops as a base in the war in Bosnia.

Erdogan stressed that despite all tragedy and tears, European politicians have learned no lessons from Srebrenica Genocide, adding that free use of words that “fuel enmity towards Islam and support xenophobia is source of concern for our future.”

"Even though it has been a quarter of a century since the genocide, our pain is still fresh. Our hearts wrenched with every mass grave unearthed," he said.

Erdogan wished God's mercy on Srebrenica martyrs and patience to their families, their loved ones and to all who feel pain in their hearts.