'We took this decision by looking what our rights and nation said' - Erdogan on Hagia Sophia move | Eurasia Diary - ednews.net 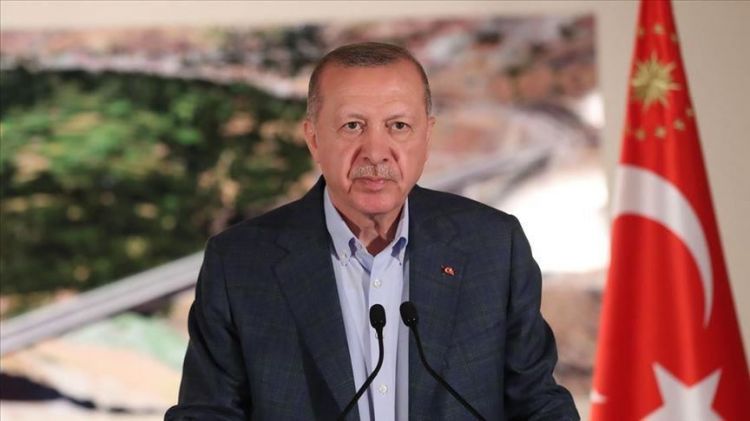 Turkey's decision on the status of the Hagia Sophia is about the rights and the wishes of the Turkish nation, the country's president said on Saturday, EDNews.net reports citing Anadolu Agency.

"We took this decision not by looking at who said what, but rather what our rights are and what our nation wants," Recep Tayyip Erdogan said in a video address on the opening of the country's highest bridge, the Begendik Bridge, in the southeastern Siirt province.

Erdogan said people who had done nothing "to prevent hostility towards Islam in their countries" were attacking "Turkey's will to exercise its sovereign rights."

He also hailed Turkey's success against terrorist organizations and other nefarious elements.

"We've entered a period in which we deal with the puppeteers, not the puppets. Neither terrorist organizations, nor unproductive agendas or other traps, will work," the president asserted.

"We've not only defeated the terrorist organizations trying to surround our borders, but have also created a very deep line of safety on land and at sea."

The 450-meter-long and 165-meter-high Begendik Bridge over Botan Creek connects the Van-Tatvan-Bitlis and Siirt-Mardin-Batman regions of Turkey.

It will reduce the travel time from Van to Siirt's Pervari district from five hours to two hours.