Russian diplomat warns with return of Cold War by race for military dominance in Europe
Read: 534

III ANIMAFILM ANNOUNCES THE PARTICIPANTS OF THE COMPETITION PROGRAM
Read: 464

WHO extends state of emergency over coronavirus pandemic for another 3 months
Read: 408 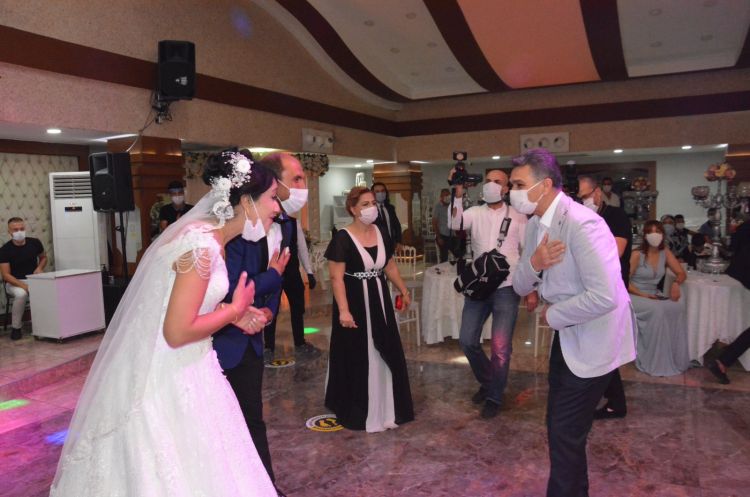 After months of waiting for permission from authorities for weddings to resume, couples were finally allowed to tie the knot on July 1, but officials now mull whether the decision was wrong, as health experts warn weddings pose a significant risk to Turkey’s coronavirus fight, EDNews.net reports citing Daily Sabah.

On a regular year, spring marks the beginning of the wedding season in Turkey, but it is the summer when the ceremonies pick up the pace. Wedding motorcades on roads, the groom’s friends doing their best to perform local dances outside the bride’s house and the extravagant ceremonies itself become an increasing sight with the summer.

But the outbreak changed it all. At least that’s what the authorities had hoped for.

Shortly after the Health Ministry announced the country’s first COVID-19 case on March 10, weddings were among the many other things that were restricted. While the outbreak negatively impacted almost everyone’s lives, weddings perhaps suffered the most as most couples arrange their weddings nearly a year in advance, with most of the things already decided upon and down payments done.

For the first two months of the outbreak, couples were certain they would have to postpone their weddings to next year as the outbreak only worsened in Turkey. But in late April, Turkey managed to not only “flatten the curve” but actually significantly reduce the rate of daily new infections.

With the improving outlook, the government removed most of the restrictions on June 1, including the lifting of intercity travel restrictions and allowing restaurants, cafes and gyms to reopen.

But weddings still posed a risk. It took another month for authorities to allow weddings to resume under severe restrictions – which would turn the ceremonies a far cry from traditional festivities. The move was criticized even back then by health experts as too early and too risky. And they might have been right.

While members of the country’s Coronavirus Science Board claimed the majority of the weddings were carried out in line with rules and that violations occurred at around 10% of the weddings, one member of the board still warned senior citizens to avoid weddings.

“The elderly should avoid going to weddings. If they must go, they should wear their mask and leave as soon as possible. What we really want is for our seniors and other at-risk groups to skip weddings altogether,” professor Hasan Tezer said.