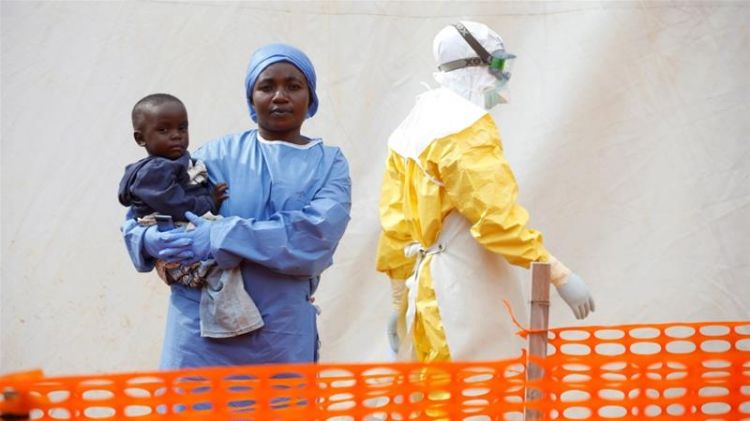 Ebola is spreading in western Democratic Republic of Congo, with nearly 50 known cases across a large region bordering the Republic of Congo and the Central African Republic, the World Health Organization (WHO) has said, EDNews.net reports citing Aljazeera.com.

Mike Ryan, the WHO's top emergencies expert, said on Monday that 48 cases have been confirmed in DR Congo's Equateur province since authorities announced a new outbreak there on June 1.

There were three additional probable cases, he said, while a total of 20 people have died.

"This is still a very active outbreak, and I would say it is still a great concern," Ryan told a news briefing.

The province includes part of the River Congo, he said, adding that it was a large geographical area where communities were linked and people travelled long distances.

The new cases in DR Congo's Equateur mark the country's 11th major Ebola outbreak since the virus was discovered near northern Congo's Ebola River in 1976.

The WHO said it has vaccinated 11,327 people against the disease in the past month.

The Ebola virus causes haemorrhagic fever and is spread through direct contact with body fluids from an infected person, who suffers severe vomiting and diarrhoea.

An epidemic of the virus on the other side of the country has killed more than 2,277 people since 2018.

The WHO declared the outbreak in Ituri and North Kivu provinces over on June 25.

Experts said the use of a vaccine and swift containment efforts including mobile handwashing stations and a door-to-door education campaign kept the disease at bay.

While the number of infections in the new outbreak were low, Ryan cautioned: "In the era of COVID it is very important that we do not take our eyes off these other emerging diseases".

"We saw in North Kivu and other previous outbreaks of Ebola that these can get out of control very easily," he added.

DR Congo, one of the world's poorest countries, is also dealing with a measles epidemic that has killed more than 6,000 people and COVID-19, which has infected more than 3,000 and killed 188.

In its latest weekly bulletin on Monday, the WHO said the growing outbreak in Equateur was a "grave" matter given the complex humanitarian crisis in DR Congo, with multiple disease outbreaks as well as ongoing clashes between armed groups that has displaced thousands of people in the country's east.