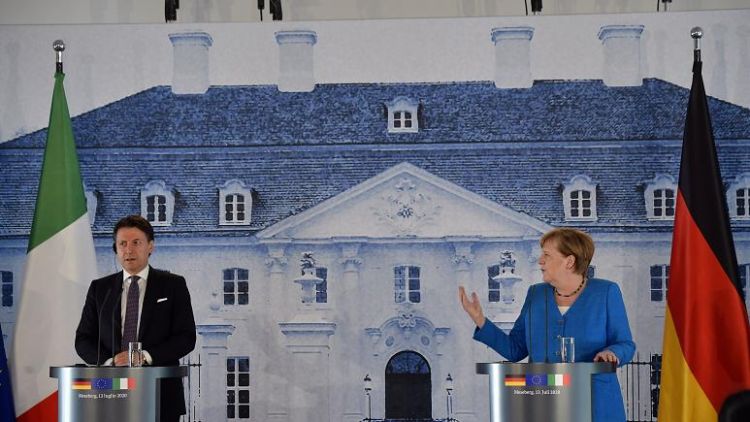 Merkel said she did not know if the EU would reach an agreement but that "bridges must be built" between countries.

The EU has been split over a €750 billion recovery plan that includes a combination of grant and loan money to help countries recover from the coronavirus pandemic.

Many EU leaders are working to convince four nations against the plan to mutualise debt, the so-called "frugal four": Austria, The Netherlands, Sweden and Denmark.

Leaders will also debate a long term massive recovery package worth €1.85 trillion amid forecasts that the euro area economy will contract by at least 8.7% this year.

Speaking to reporters alongside Italian Premier Giuseppe Conte at the German government's guest house outside Berlin on Monday, Merkel warned that nations might need to meet again to reach a consensus.

“I don't know whether one meeting will be enough or whether we will need to meet a second time before the end of the summer,” Merkel said, noting that an agreement will require unanimity among all 27 EU members. “I would be glad if it was just once.”

"At stake here there are the common values as well the common interests," said Conte.

"If we leave this crisis running as it is doing now, in a short period of time we will have a complete destruction of the common market because clearly a fragmentation would be inevitable."