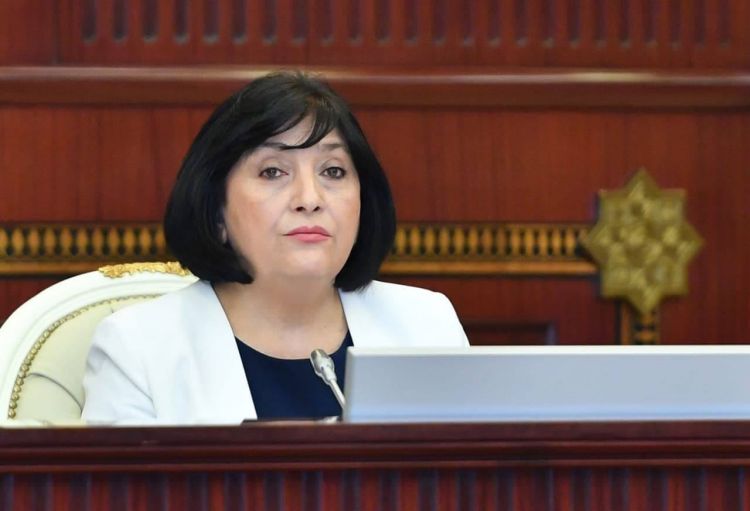 Speaker of the Azerbaijani parliament Sahiba Gafarova appealed to Secretary General of the Parliamentary Assembly of the Turkic-speaking countries (TURKPA) Altynbek Mamayusupov, President of the Inter-Parliamentary Union Gabriela Cuevas Barron, Chairperson of the Federation Council of the Federal Assembly of the Russian Federation Valentina Matviyenko, the Azerbaijani parliament told on July 14, EDNews.net reports citing Trend.

Starting from July 12 afternoon, while grossly violating the ceasefire regime in Azerbaijan’s Tovuz district on the Azerbaijan-Armenia state border, the Armenian armed forces fired at the Azerbaijani positions by using artillery and tried to capture Azerbaijan's positions.

"In response to Armenia’s attempts, the Azerbaijani side took urgent and adequate measures and as a result, further advance of the Armenian armed forces was prevented,” the appeal reads. “Having additionally militarized the border areas between the two countries, the Armenian side purposefully and systematically targets the civilian population."

“Armenia’s such an irresponsible military policy is caused by Armenia's ntention to involve the military-political organizations, in which it is a member, in the Nagorno-Karabakh conflict, as well as to avoid responsibility for the aggressive policy which is carried out against Azerbaijan,” the appeal reads.

In her appeals, Gafarova emphasizes that the UN Security Council’s resolutions 822, 853, 874 and 884 require the immediate and unconditional withdrawal of the Armenian armed forces from the occupied Azerbaijani territories.

However, the latest provocative acts committed by the Armenian side on the border again show that Yerevan is categorically not interested in the peaceful settlement of the conflict.

"Another important point is that Armenia committed these provocative actions during the period when the entire international community is battling the COVID-19 pandemic,” the message said.

“Consequently, the continued violation of the ceasefire by Armenia shows that the support for the global call for ceasefire in connection with COVID-19 of the UN secretary general is mere hypocrisy,” the message said.

“Therefore, as MPs, we ask the Parliamentary Assembly of Turkic-speaking countries, the Inter-Parliamentary Union, the Federation Council of the Federal Assembly of the Russian Federation to ensure the process of sending a letter addressed by the speaker of the Azerbaijani parliament to all member-states. At the same time, we urge the organization’s members to condemn Armenia’s aggressive actions, the ongoing policy of aggression against Azerbaijan and this recent provocation in the border region,” the appeal reads.

Gafarova said that the Armenian leadership is fully responsible for the consequences of the attacks on the positions of the Azerbaijani State Border Service along the Azerbaijani-Armenian border and the losses.

Starting from noon on July 12, units of the armed forces of Armenia, grossly violating the ceasefire in the direction of Azerbaijan’s Tovuz district along the Azerbaijani-Armenian state border, opened artillery fire at Azerbaijani positions.

Azerbaijan's sergeant of military service Vugar Sadigov and corporal Elshad Mammadov, died while repelling the attack of the Armenian armed forces. Another serviceman, Khayyam Dashdemirov died from severe wounds despite the doctors' efforts.

The tensions in Tovuz district on the Azerbaijan-Armenia state border continued July 12 night. During the night battles, by using artillery, mortars and tanks, the Azerbaijani armed forces destroyed a stronghold, bombshells, vehicles and servicemen on the territory of the Armenia’s military unit. Senior lieutenant of Azerbaijani army Rashad Mahmudov was killed during the battles.