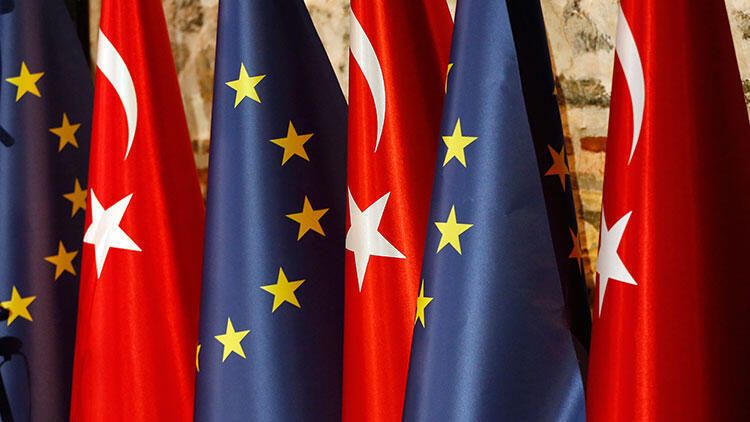 In a written statement, Foreign Ministry spokesperson Hami Aksoy, however, called on the EU to leave a “double standard” manner in the Libyan crisis, and reminded the bloc that Hagia Sophia is a matter of the country’s sovereignty.

“If the EU wants to contribute to the peaceful solution of the Libyan crisis, it should abide by international legitimacy in line with the relevant decisions of the U.N. Security Council by abandoning the double standard attitude it has put forward with Operation Irini,” Aksoy stated.

Recalling that Turkey defends the political process in Libya, the spokesperson reiterated that a military solution is not possible for the war-torn country.

In the eastern Mediterranean, the issues would only be solved over a mechanism to be established for a fair share of hydrocarbon sources between the people of the two parts on Cyprus Island, along with the “resumption of dialogue channels with Turkey, the creation of the atmosphere of dialogue and cooperation unconditionally instead of alliances against Turkey,” he said.

Elaborating on Istanbul’s Hagia Sophia, Aksoy said nobody can interfere with Turkey’s sovereign rights. Aksoy stressed that Hagia Sophia’s status is an internal matter and is the property of Turkey.

The mosque will be open to visitors of all religions, and anyone who wants to can visit this site, he said. “Hagia Sophia will continue to embrace everyone with its new status, preserving the common cultural heritage of humanity,” the spokesperson stated.

The EU Foreign Affairs Council on July 13 discussed relations with Turkey and international issues. Relations between Turkey and the EU should be strengthened and developed in line with “respect for European values, principles, and interests,” EU foreign policy chief Josep Borrell told a press conference afterwards. Borell said there is a consensus among foreign ministers that relations between Turkey and the EU have been under “continuous strain,” adding that developments in the eastern Mediterranean and Libya directly affect EU interests.

“Several serious issues must be addressed by Turkey in order to change the current consultations and dynamics and create an environment of trust with Turkey which everybody wishes,” he said.