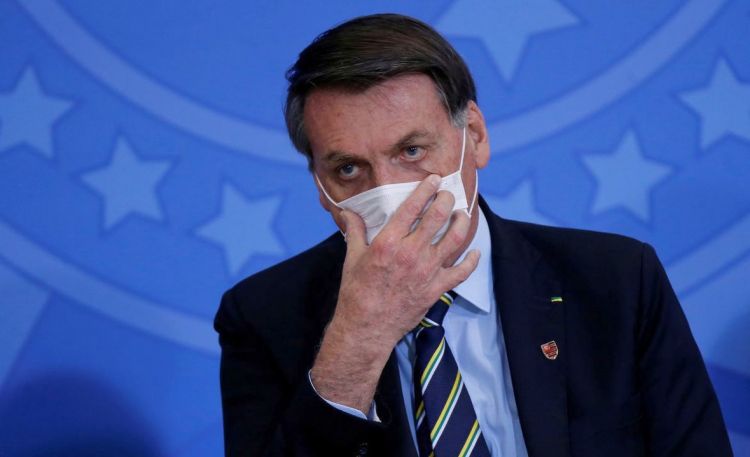 Speaking to reporters outside his official residence, the Alvorada Palace in Brasilia, Bolsanaro said he will take another test in the coming days with the hopes of resuming some activity.

Bolsonaro insisted that the anti-malaria drug hydroxychloroquine has helped him to deal with the virus, despite scientists saying there was no medical evidence to support its effectiveness.

Since the start of the outbreak four months ago, Bolsanaro has downplayed the seriousness of the epidemic, criticizing Brazilian governors for imposing restrictions to slow the spread of the virus.

Bolsonaro's opposition is further highlighted because Brazil is the second-worst hit country in the world, only behind the United States.

Brazil is nearing 2 million cases of the coronavirus and more than 75,000 deaths.