France’s stance towards the conflict between Armenia and Azerbaijan is much alike of its acts in the period of Crusades - Expert
Read: 494

Turkey's plan for Afghanistan - Blocking the US in the region is part of the plan
Read: 177 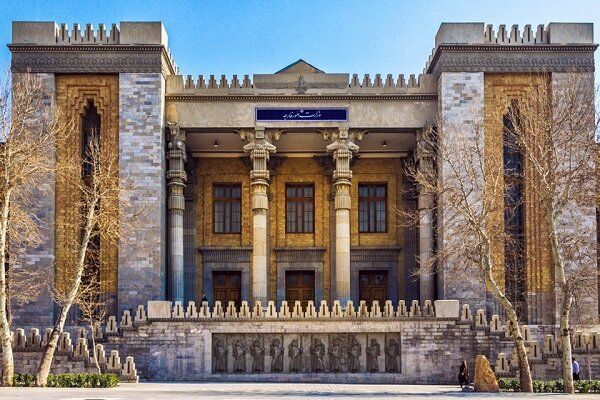 Iranian Foreign Ministry in an announcement on Wed. emphasized that Islamic Republic of Iran will pursue a complaint concerning its frozen assets against the South Korean banks in the international courts of justice, EDNews.net reports citing Mehr News.

Iranian envoy to Seoul had met with the general manager of the Middle East. During the meeting, the head of the central bank's remarks had not been the topic of the talk.

Earlier, Iran’s Foreign Ministry had said in a statement that the news item published by the official South Korean News Agency “Yonhap” on summoning Iranian ambassador to Seoul is baseless.

Unfortunately, South Korea’s Yonhap news agency in an unprofessional move has released a piece of baseless news, the Iranian Ministry of Foreign Affairs in a statement announced on July 22, adding that Iran's ambassador has not been summoned by the South Korean Foreign Ministry of the host country, but he has been invited.

Foreign Ministry Spokesperson Abbas Mousavi had earlier said in an interview that Tehran could sue Seoul as they refrain from paying off their oil debts to Tehran.

Earlier last week, Mousavi said Tehran has already given an official warning to Seoul over the frozen assets.

South Korea is citing the US sanctions as an excuse for not releasing Iran's money, Mousavi added.