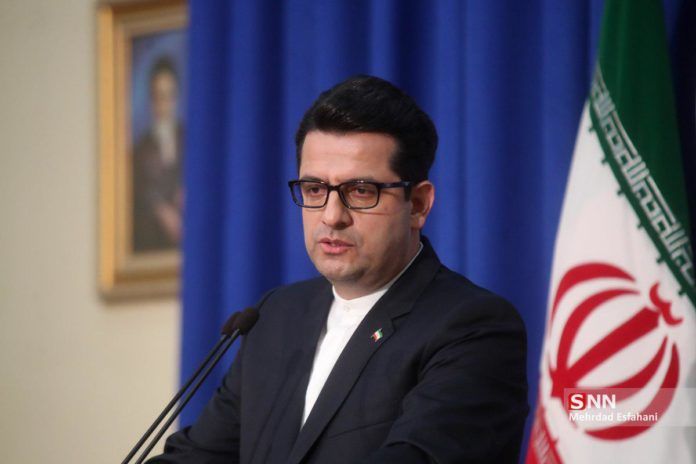 Iranian Foreign Ministry Spokesman Seyyed Abbas Mousavi has welcomed the announcement by Taliban of a three-day ceasefire on the occasion of Eid al-Adha, describing it as a positive step towards achievement of peace and stability in Afghanistan, EDNews.net reports citing Iran Front Page.

In a statement on Wednesday, Mousavi offered congratulations to the Muslim brothers and sisters in Afghanistan on the Great Eid al-Adha, and expressed hope that the move by Taliban will help provide the grounds required for an agreement in Afghanistan.

“We hope that we will soon witness the beginning of intra-Afghan dialogue centered on the Afghan government and with the participation of all political groups, including the Taliban, with the aim of finding a peaceful solution and reaching a mutually acceptable agreement for peace based on the Constitution and democratic structures in the Islamic Republic of Afghanistan,” the spokesman noted.

He finally reaffirmed Iran’s preparedness to contribute to promotion of the Afghan-Afghan dialogue at the request of the parties involved.

The Taliban on Tuesday announced a three-day ceasefire in Afghanistan during the Muslim festival of Eid al-Adha starting on Friday.

In a statement, Taliban spokesman Zabihullah Mujahid ordered the group’s militants “to refrain from carrying out any operation” during the Eid al-Adha celebrations but warned any attack “by the enemy” would be met with force.

The move, which was announced after President Ashraf Ghani described progress in a contentious prisoner exchange, could signal the start of the long-delayed peace talks.