2750 tonnes of ammonium nitrate stored at Beirut warehouse at centre of explosion
Read: 1201 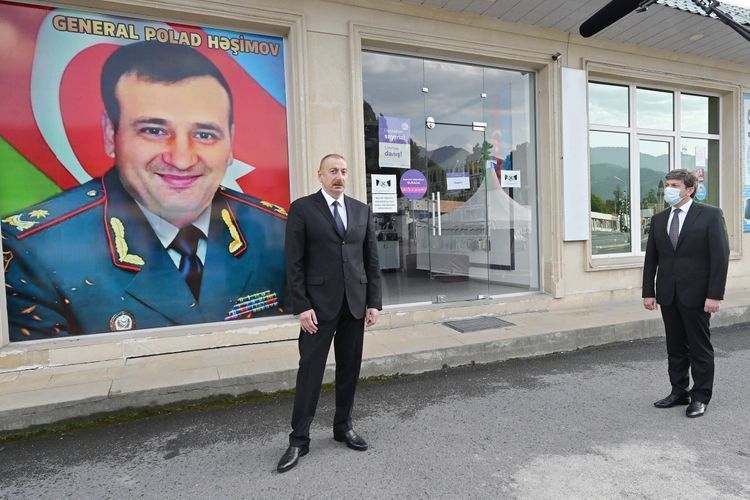 During his visit to Gabala region, President Ilham Aliyev gave his instructions about naming a street in Gabala after general Polad Hashimov and other relevant measures in order to eternalize his memory, EDNews.net reports citing APA.

The head of the state talked about heroism of general Polad Hashimov born in Vandam village.

Note that on July 29, Amirvan-Vandam automobile road in Gabala was commissioned after renovation.