Peace, prosperity and stability in Azerbaijan is significant for the true realization of international projects and UN 2030 Agenda - Qaiser Nawab
Read: 1161 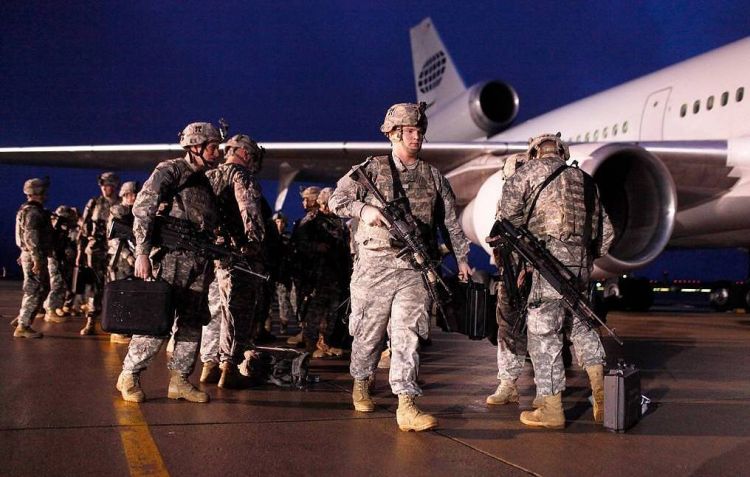 Kremlin Spokesman Dmitry Peskov is confident that Russia doesn’t present any threat to European countries, so the fewer US servicemen are on the continent, the better, EDNews.net reports citing TASS.

"We’ve never concealed that the fewer US soldiers are on the European continent, the calmer it is in Europe, this position of ours is well-known, especially since after the end of the Cold War bloc standoff there have been no real dangers or threats, and ephemeral threats can be made up as much as you like," the Kremlin representative told journalists on Thursday.

Talking about the US plans to withdraw 11,900 US servicemen from Germany, the spokesman called this decision "the US internal affair and the issue of bilateral relations between Washington and Berlin." "We are not going to interfere with these relations or comment them in any way," the Kremlin spokesman emphasized.

US Secretary of Defense Mark Esper announced on Wednesday the withdrawal of 11,900 US servicemen from Germany: 6,400 will return stateside and about 5,600 will be redeployed to Italy and Belgium while 25,000 servicemen at the most will remain in Germany. US President Donald Trump warned about these plans in the middle of June. He repeatedly chastised Germany because it, in his opinion, doesn’t spend enough funds to support the collective NATO defense. Earlier Trump had also stated that he didn’t understand why the US should protect Germany from Russia.