UN health agency: 'Must learn to live with COVID-19' 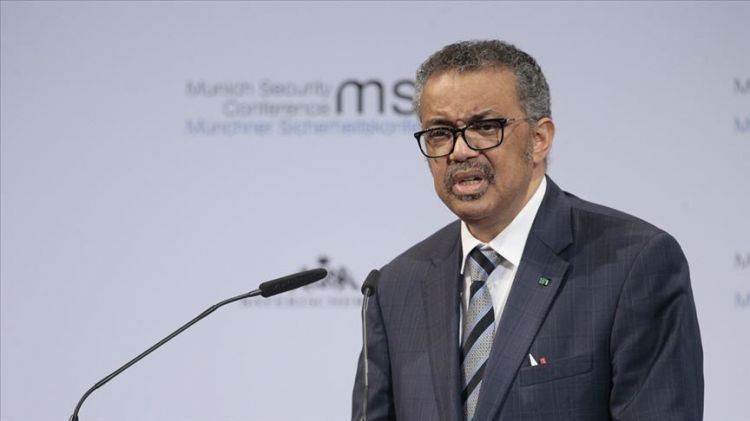 The World Health Organization noted Friday that the world must learn to live with the coronavirus and fight it with the tools it has, despite efforts to develop a vaccine going on at record speed, EDNews.net reports citing Anadolu Agency.

WHO chief Tedros Adhanom Ghebreyesus made the remarks at a high-level committee meeting six months after it declared COVID-19 a public health emergency.

"It's sobering to think that six months ago when you (the International Health Regulations Emergency Committee) recommended I declare a public health emergency of international concern, there were less than 100 cases and no deaths outside China," Tedros said.

He said that since the onset of the virus, many scientific questions had been resolved, and many remain unanswered.

The emergency committee is always cautious in its pronouncements and on Friday it reevaluated the COVID-19 emergency status.

Before COVID-19, WHO declared a public health emergency for swine flu, polio, Zika, and Ebola.

Tedros said: "Early results from serology studies are painting a consistent picture: most of the world's people remain susceptible to this virus, even in areas that have experienced severe outbreaks.

"Many countries that believed they were past the worst are now grappling with new outbreaks."

He said some countries, less affected in the earliest weeks, are now seeing escalating numbers of cases and deaths, while some that had large outbreaks have brought them under control.

"Although vaccine development is happening at record speed, we must learn to live with this virus, and we must fight it with the tools we have," said Tedros.

"Serologic testing detects antibodies in the blood that indicate if a person has already been infected," said the WHO chief.

Tedros said serologic testing might reveal what proportion of the population could be immune in the future.

"This will allow local, national, and international decision-makers to respond collectively, and more effectively, to the pandemic," he said.