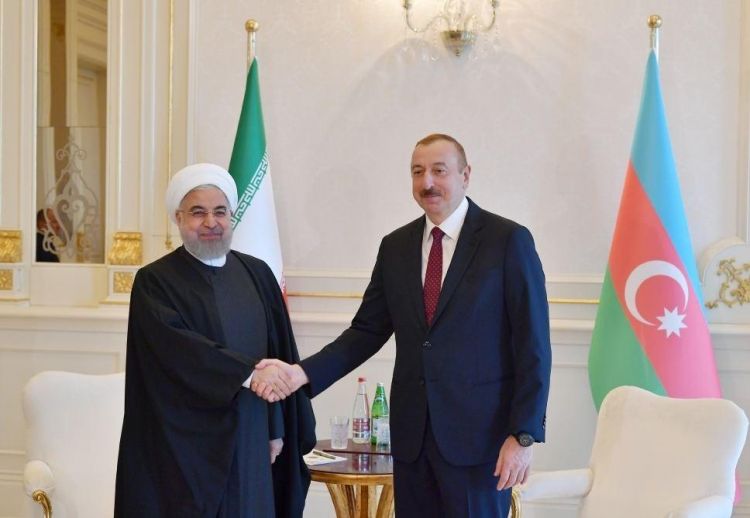 On July 31, Aliyev made a phone call to President of the Islamic Republic of Iran Hassan Rouhani.

The head of state congratulated Rouhani and the brotherly people of Iran on the occasion of Eid al-Adha, and extended his best wishes for prosperity.

Hassan Rouhani thanked for attention and congratulations, and extended his best wishes to the head of state and the people of Azerbaijan on the occasion of the holiday.

Ilham Aliyev and Hassan Rouhani expressed their confidence that the friendly relations between the two countries would continue to develop successfully in political, economic, cultural and other areas.

The issues of the implementation of the North-South transport corridor were discussed as well. Both sides noted the strategic importance of the project and hailed the measures taken. They also exchanged views over the work to be done in this area.

The presidents also discussed the situation with the COVID-19 pandemic, stressing the importance of joining efforts in this regard. The decision was made to organize videoconferences on the pandemic between the two countries` officials.

Ghani congratulated and wished peace to President Ilham Aliyev and the people of Azerbaijan on the occasion of Eid al-Adha.

The head of state thanked for attention and congratulations, and extended his congratulations and best wishes for peace and tranquility to his counterpart and friendly people of Afghanistan on the occasion of the holiday.

The president of Afghanistan extended his condolences over the death of Azerbaijani servicemen and civilians in the clashes that happened after Armenia`s provocation on the Armenia-Azerbaijan border, adding that Afghanistan stood by Azerbaijan on this issue.

President Ilham Aliyev thanked for this brotherly position, praising Afghanistan`s support for Azerbaijan during the border clashes both directly and as part of the Non-Aligned Movement and the Organization of Islamic Cooperation.

During the phone talk, the heads of state hailed the development of the bilateral relations, and expressed confidence that the decisions adopted at the recent videoconference between the presidents of Azerbaijan, Turkmenistan and Afghanistan would be implemented.

Eid al-Adha 2020 in Azerbaijan began on the evening of July 30 and will end on August 1.