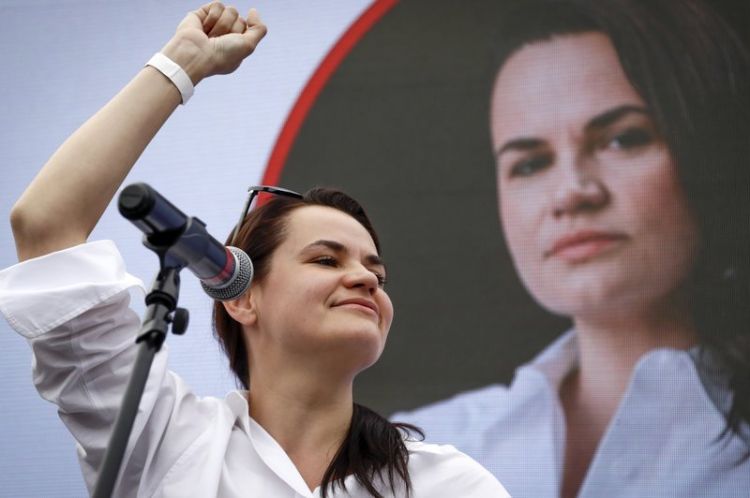 A 37-year-old former English teacher without political experience seems an unlikely challenger to the authoritarian president of Belarus who has been the ex-Soviet nation’s only leader for more than a quarter-century.

And yet, Sviatlana Tsikhanouskaya has united various opposition factions behind her candidacy and drawn tens of thousands of supporters to her campaign rallies ahead of the presidential election on Sunday.

Tsikhanouskaya says the crowds - the biggest demonstrations Belarus has seen since becoming independent in 1991 - reflect a desperate longing for transformation after President Alexander Lukashenko’s 26-year rule.

In an interview with The Associated Press, she described herself as a “symbol of change.”

“People see me not as a consummate politician striving for power, but just an average person like themselves - and they like it,” Tsikhanouskaya said. “They understand that I don’t want anything for myself.”

Her rally a few days ago in Brest on the border with Poland drew over 20,000 people, a massive showing for a city that has never seen big political protests. A few days before that, Tsikhanouskaya’s rally in the capital, Minsk, attracted more than 60,000. It was the largest opposition gathering in Belarus since the rallies in the months before the 1991 Soviet collapse.