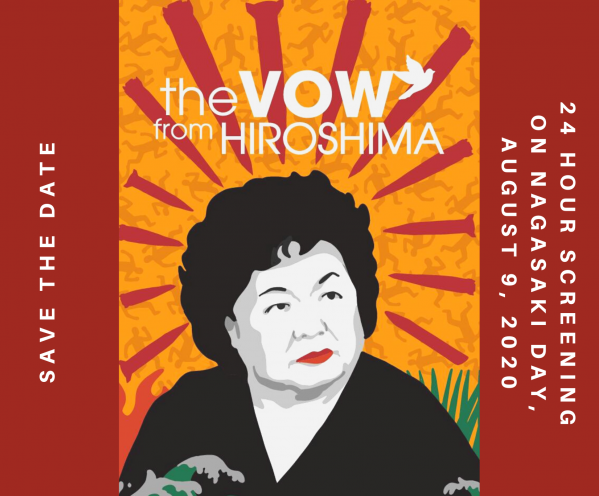 In preparation for the 75th anniversaries of Hiroshima and Nagasaki, and as part of the worldwide “Peace Wave” that accompanies it, IPB is taking part in several different events and gatherings and we invite you to join us:

·         Commemoration of the 75th Anniversary of Hiroshima and Nagasaki

·        IPB joins IPPNW, ICAN, and Hibakusha Stories on August 9th to host a 24-hour screening of “The Vow from Hiroshima”, a documentary featuring Setsuko Thurlow.

The 2020 World Conference against A and H Bombs will also take place online during these days. For the full program, visit Gensuikyo’s website.