Is there any point in replacing the OSCE Minsk Group with another diplomatic mechanism? - The explanation by Azerbaijani expert
Read: 454 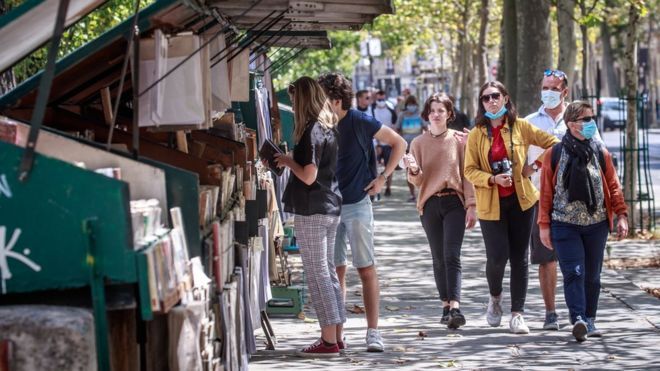 With more than 30,000 deaths, France has the third-highest death toll in Europe, behind the UK and Italy.

The city of Toulouse has introduced new rules requiring face masks in its busiest streets, with Paris and a number of other cities expected to follow suit.

France is not the only European nation to witness a resurgence in cases since lockdown measures were eased.

On Wednesday, Spain reported its highest number of new cases since it began easing lockdown restrictions in June, with 1,772 infections.

The news came as Switzerland became the latest country to announce quarantine measures for travellers arriving from Spain, although its rules do not apply to travellers returning from the Canary and Balearic islands.

Last month, the UK removed Spain from its list of countries exempt from quarantine, meaning that people coming from any part of Spain must self-isolate for 14 days.

Separately, Germany will now require all travellers returning from the Belgian city of Antwerp to quarantine, after the German disease control agency declared the city "a risk zone".

And Greece recorded its highest single-day increase in cases in weeks, with 124 new infections in the last 24 hours, despite having fared relatively well in spring. Prime Minister Kyriakos Mitsotakis told Greeks they would need to adhere to strict restrictions, and warned against "complacency".