Kazakhstan allows transit of more than 4,500 Kyrgyz and Uzbek citizens 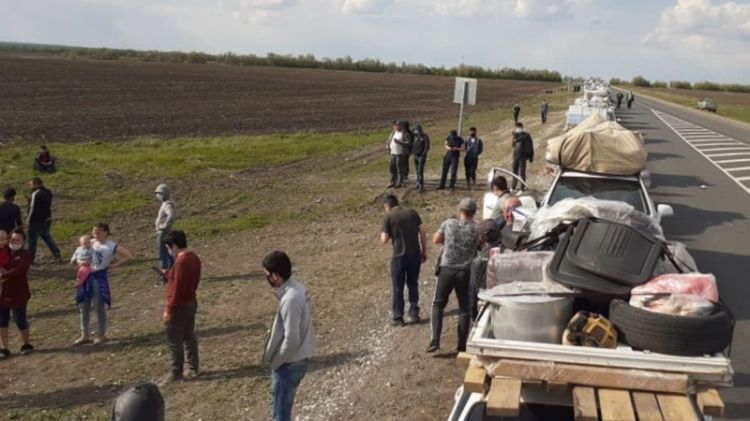 Kazakhstan provided transit corridor for citizens of Kyrgyzstan and Uzbekistan who were stranded at the Russian-Kazakh border, EDNews.net reports citing AKIpress.

“This problem has been solved. 2,435 Kyrgyz citizens by 40 buses are moving through Kazakhstan’s territory on August 4-5; 2,200 Uzbek citizens are allowed to leave Russia and transit through Kazakhstan by train provided by Uzbekistan,” Foreign Ministry says.

It was reported earlier that thousands of Uzbek and Kyrgyz nationals gathered at the Russian-Kazakh border in Samara region. They clashed with local police officers trying to break through the security checkpoint on the border.