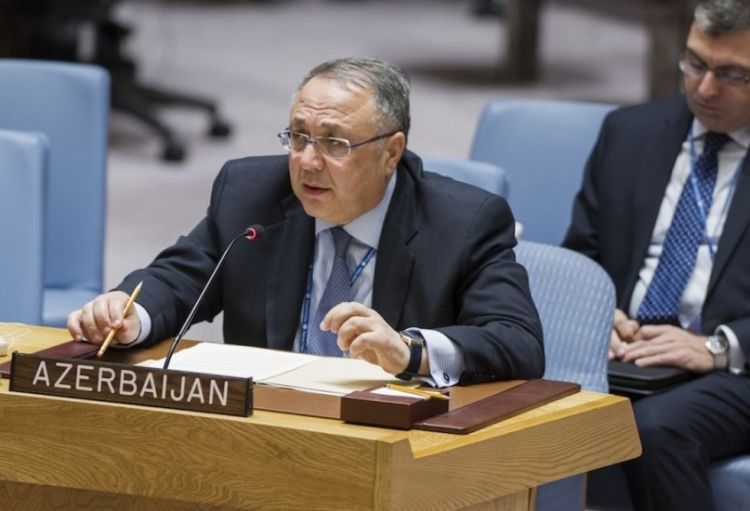 Permanent Representative of Azerbaijan to the United Nations (UN) Yashar Aliyev sent a letter to the UN Secretary General regarding the ongoing aggression of Armenia against Azerbaijan, EDNews.net reports citing Trend.

The letter said that on July 12, 2020, the Armenian armed forces, grossly violating the norms of international law and using heavy artillery and mortars, launched an attack in the direction of Azerbaijan’s Tovuz district.

In the following days, the densely populated villages of Aghdam, Dondar Gushchu and Alibeyli of the Tovuz district were shelled, the letter reads.

"As a result of the Armenian aggression, a 76-year-old resident of Aghdam village Aziz Azizov was killed. Moreover, 12 soldiers and officers of the Azerbaijani Armed Forces were killed, numerous Azerbaijani citizens were injured. Serious damage was caused to civilian objects in Tovuz district,” wrote the Azerbaijani representative.