Azerbaijan has right to use its armed forces to take back its legally acknowledged territory - British journalist
Read: 2054 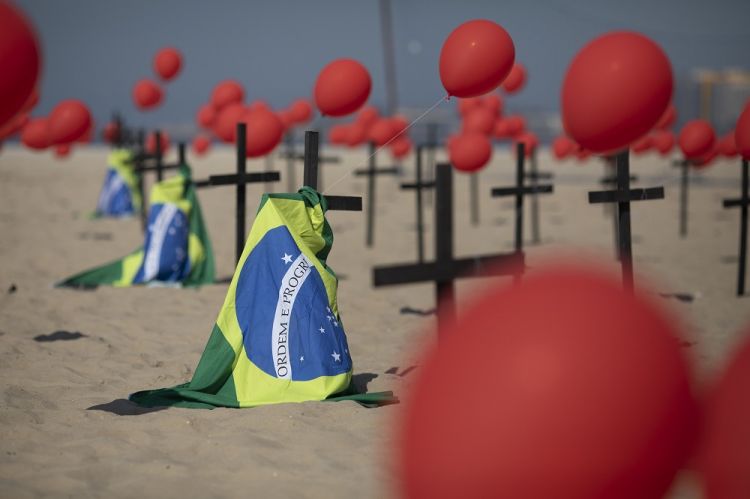 Brazil has surpassed a grim milestone of 100,000 deaths from Covid-19, with the country showing no signs of crushing the disease five months after its first reported case, EDNews.net reports citing ITV.

The nation of 210 million people has been reporting an average of more than 1,000 daily deaths from the pandemic since late May, and reported 905 more in the 24 hours to Saturday night, edging its toll into six figures.

The health ministry said there had been a total of 3,012,412 confirmed infections, while Brazil’s death toll sits second only to the United States.

In a tribute to Covid-19 victims, the non-governmental group Rio de Paz placed crosses and a thousand red balloons on the sand on the famed Copacabana beach.

One poster read: “100 thousand: Why are we the second country in number of deaths?”

President Jair Bolsonaro, who himself reported being infected, has been a consistent sceptic about the impact of the disease and an advocate of lifting restrictions on the economy that had been imposed by state governors trying to combat it.

He has frequently mingled in crowds, sometimes without a mask.

“I regret all the deaths, it’s already reaching the number 100,000, but we are going to find a way out of that”, Mr Bolsonaro said in a Thursday night Facebook transmission.