We call on the UN and international community to urge Armenia to refrain from another military aggression - Azerbaijan President
Read: 278

Details of martyred and injured persons in Chaman blast, Pakistan 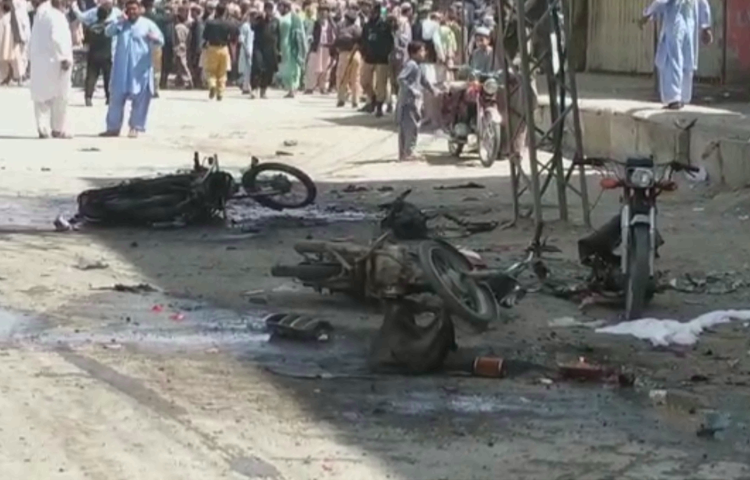 The bomb was planted by unknown miscreants in a motorcycle parked in front of Haji Nida Market in Chaman, and it was detonated when a vehicle of the Anti-Narcotics Force (ANF) was passing nearby.

In the blast, five persons were martyred whereas 21 persons including two ANF Soldiers suffered injuries.

Five of the injured persons including both ANF Solders are in serious condition.

The Tehreek-ul-Ehrar, a wing of banned Tehreek-i-Taliban Pakistan (TTP), has claimed the responsivity of the Chaman blast.

Details of the five martyred persons as per following;

Soon after the blast, the civil administration rushed towards the blast area, started the rescue operation, and cordoned off the area.

Meanwhile, an emergency was declared at the District Headquarters Hospital in Chaman.

The heavy contingency of police and levies was deployed at the spot and the hospital while an investigation went underway.