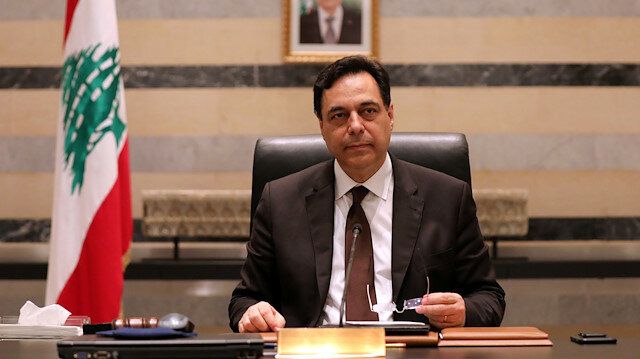 Lebanon's embattled government headed by Prime Minister Hassan Diab has submitted its resignation on Monday after several ministers announced their intention to resign following protests that erupted in the wake of the deadly blast that rocked the capital Beirut last week, EDNews.net reports citing Yeni Safak.

On Monday, Justice Minister Marie-Claude Najm resigned, in the third government resignation amid public anger over last week’s explosions at the Beirut port.

On Sunday, Information Minister Manal Abdel-Samad and Environment Minister Damianos Kattar stepped down. Six lawmakers have also resigned from the 128-member parliament in protest over the blasts.

Two explosions rocked the Beirut port last Tuesday after a neglected stockpile of 2,750 tons of ammonium nitrate stored in a warehouse there ignited.

Ammonium nitrate is a chemical substance often used to make bombs and commonly used in fertilizer. Terrorism has been ruled out as a probable cause of the blasts.

The blasts rocked Beirut to its core, registering 3.5 on the Richter scale and shattering buildings miles in the distance. At least 158 people lost their lives, approximately 6,000 were injured and 300,000 have been left homeless.

Lebanon was already in crisis, plagued with severe financial and economic problems and ongoing deep corruption.

Protesters have taken to the streets with violent anti-government demonstrations for the past two nights, storming official buildings and clashing with police