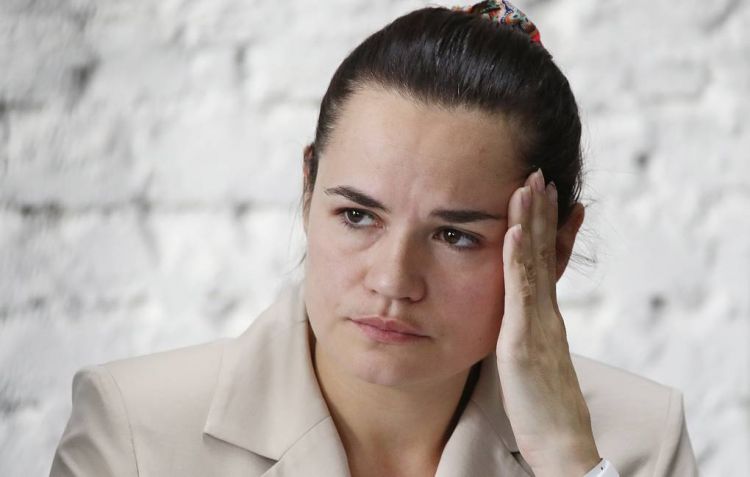 Svetlana #Tikhanovskaya is safe. She is in #Lithuania. pic.twitter.com/6f9U2meoX0

Tikhanovskaya's whereabouts were unknown late Monday. Her support team had been unable to reach her by phone after she left the election commission building.