Azerbaijan has right to use its armed forces to take back its legally acknowledged territory - British journalist
Read: 2106 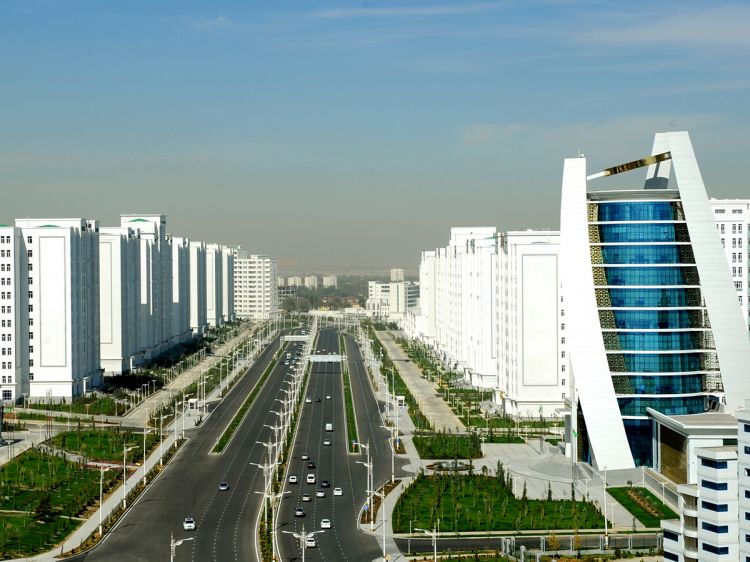 As China is advancing its strategic goals in Central Asia, investments from the United States would help balance China’s plans to further penetrate Central Asian economies. We are republishing the following article on the issue, written by Margarita Assenova:

Central Asia is suffering a significant economic downturn precipitated by the COVID-19 pandemic that will deepen during the coming months (The Astana Times, May 5; Imf.org, July 2020). The health crisis could also have a profound geopolitical effect in the region. As the United States and the European Union remain preoccupied with their own pandemic challenges, China and Russia may use this opportunity to increase their leverage over this corner of Eurasia.

Growing COVID-19 contagion in Central Asia has already led to a second lockdown in Kazakhstan and Uzbekistan in July and August (Primeminister.kz, July 2; The Tashkent Times, July 26). Kazakhstan has experienced the highest rates of coronavirus infections in the region, with nearly 100,000 positive cases; Uzbekistan currently has more than 31,000. Kyrgyzstan, with over 40,000 cases, considered initiating a second lockdown but decided against it as the economic impact would be too great (Coronavirus.jhu.edu, accessed August 10; Fergana News, July 5).

Russia is presently in a weaker position after itself having been hit hard by the pandemic, the oil price shock in the spring, and swelling social protests at home; but China is advancing its strategic goals across all five Central Asian states. The government in Beijing recently promised to help them deal with the pandemic’s economic and security challenges. Chinese experts predict that Central Asia will become “one of the most important battlegrounds for major powers vying for influence.” The US can only compete if its direct investment in strategic sectors of the Central Asian economies matches its diplomatic efforts in the region (South China Morning Post, July 17).

The United States already has significant economic interests in Central Asia, particularly in Kazakhstan but also in Uzbekistan after a leadership change there four years ago. Although Uzbekistan’s fast-growing foreign direct investment reached $12.7 billion in 2019, Kazakhstan is decades ahead, having accumulated over $150 billion in foreign investments, surpassing all other Central Asian countries combined (Worldbank.org, accessed July 29). The US is one of its largest investors with over $45 billion in the oil sector, agriculture and manufacturing. Over 500 US companies operate in the country. Mutual trade reached $2.1 billion in 2018 (Ustr.gov, September 9, 2019).

The pandemic, however, slashed hopes for continuing economic growth and increasing trade across the region just weeks after US Secretary of State Michael Pompeo’s visit to Kazakhstan and Uzbekistan in February (Forbes.kz, February 2). Following Pompeo’s trip, the US administration adopted a new strategy for Central Asia entitled “Advancing Sovereignty and Economic Prosperity,” focused on strengthening ties with the region’s five states to ensure economic development as well as to counterbalance Chinese and Russian influence (State.gov, February 5).

The Central Asian governments initially took stringent pandemic containment measures that seem to have saved many lives. But the associated economic downturn was exacerbated by the global oil price crash in the three oil-exporting economies—Kazakhstan, Uzbekistan and Turkmenistan. At the same time, the poorer Kyrgyzstan and Tajikistan lost a large proportion of monthly remittances coming from Russia. As a result, according to the UNCTAD’s World Investment Report 2020, FDI inflows to economies in transition, such as those in Central Asia, are projected to decline by about 38 percent this year. Growth in FDI inflows is forecast to return to the region only in 2022 (Unctad.org, June 16).

Kazakhstan is still heavily dependent on its hydrocarbon resources, but the government has stashed away some of its oil profits for a rainy day. This is not the case in Uzbekistan and Turkmenistan. Kazakhstan’s National Fund was established in 2000 as a stabilization reserve to lessen the impact from the volatility in oil, natural gas and mineral prices. The fund rescued the financial system in 2008–2009, when its entire $50 billion reserve was used to prop up the economy. The wealth fund was subsequently replenished and even increased to $77 billion, just before the oil price collapse in 2014. By early 2020, the National Fund had almost $62 billion, a lifeline that is now helping mitigate the pandemic’s economic consequences (Nationalbank.kz, EurasiaNet, January 22).

With its economic development, large FDI and ample sovereign wealth funds, Kazakhstan is in pole position during Central Asia’s post-pandemic recovery. As it starts to reopen in August, the government is refocusing the economy by speeding up diversification to lessen dependence on oil and gas exports (The Astana Times, July 28). In May, the government put forward a comprehensive plan to resume economic growth. It allocated $14 billion for anti-crisis measures, or 8.6 percent of Kazakhstan’s GDP. This is the highest amount as a proportion of GDP among all the Eurasian Economic Union members (The Astana Times, May 20).

The recovery plan aims at economic self-sufficiency and boosting regional trade. A key component is to stimulate the construction sector, particularly by building new hospitals and other vital public facilities (Primeminister.kz, May 19). The stimulus package also includes investment in the agricultural sector, mining and raw material processing, logistics, digitalizing the economy, and technological development. Kazakhstan is one of the world’s biggest producers of uranium, titanium sponge, aluminum and copper, and it is an important supplier for US industry.

Nur-Sultan’s ambitious plan could have important regional implications in the post-pandemic era if US investments are attracted as successfully as they were in the past. For instance, US investment in the gas and oil sectors have been essential for Kazakhstan’s development, and the government has made continued long-term US investment an economic policy priority (Ranking.kz, November 7, 2019). The government is in the process of drafting legislation on large-scale foreign investment that would ensure better conditions for international companies in the Kazakhstani market.

Central Asian countries are concerned about China’s powerful economic clout and its mistreatment of the Muslim Uyghur population (see EDM, January 30, 2018 and November 21, 2019). Geopolitically, investments from the United States would help balance China’s plans to further penetrate Central Asian economies. This would be particularly effective if US companies start to move some of their production from China to Central Asia, where labor costs are still low and the workforce is well educated. Engaging the economic capabilities of US business as the region recovers would bring the economic might of the United States in line with its political weight.