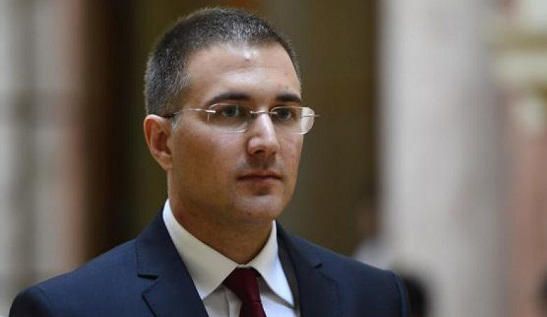 Azerbaijan and Serbia express mutual support for each other's territorial integrity, said Deputy Prime Minister, Minister of the Interior and Secretary of the National Security Council of Serbia Nebojsa Stefanovic, who is on a visit to Azerbaijan, News.az reports.

Stefanovic made the remarks at a press conference following the meeting with Azerbaijani officials.

The Serbian deputy PM said that during the meeting the parties stressed the importance of the peaceful settlement of all conflicts on the basis of the UN principles.

“I believe that this is in the interests of both sides, and it is also important for the future of the countries facing conflicts,” he added.