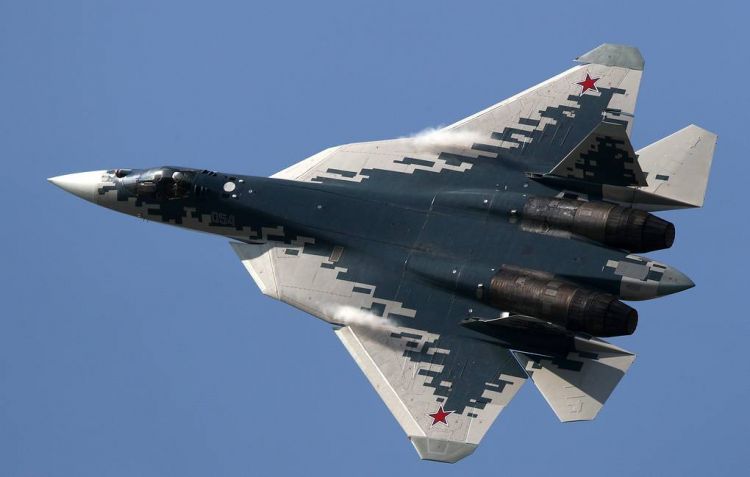 "Defense enterprises are delivering new aircraft to the Aerospace Force. In 2020, they have already delivered Su-34 and Su-35S combat planes, Yak-130 and L-410UVP-E20 combat training aircraft, Mi-8 and Mi-28 helicopters in various modifications. Until the end of this year, the delivery of Il-76MD-90A and Su-57 aircraft is planned," he said.

Russia’s Defense Ministry has also launched work this year to develop the aerodrome network for the Russian Armed Forces: repairs are planned to be completed at 14 airfields in 2020 and their number will grow to over 100 by 2027, the Aerospace Force deputy chief said.

"In the first place, the works will be carried out at the aerodromes for advanced missile-carrying aircraft, the combat duty of strategic missile-carrying bombers, including in the Arctic zone, and the airfields of operational-tactical aviation," Dronov said.

Russian military pilots are celebrating their professional holiday on August 12. Russia’s military aviation branch was established on August 12, 1912 when the Defense Ministry issued an order to withdraw the issues of aeronautics and aviation from the competence of the Main Engineering Department and transfer them to a newly-established entity - the Aeronautics Unit of the General Staff.

On August 1, 2015, Russia established its Aerospace Force, which integrated the Air Force and the Aerospace Defense Troops. From September that year, Russia’s Aerospace Force started providing assistance in the fight against terrorists in Syria at the request of the Syrian government.

The Su-57 is a fifth-generation multirole fighter designed to destroy all types of air, ground and naval targets. The Su-57 fighter jet features stealth technology with the broad use of composite materials, is capable of developing supersonic cruising speed and is furnished with the most advanced onboard radio-electronic equipment, including a powerful onboard computer (the so-called electronic second pilot), the radar system spread across its body and some other innovations, in particular, armament placed inside its fuselage.

The Su-57 took to the skies for the first time on January 29, 2010. Compared to its predecessors, the Su-57 combines the functions of an attack plane and a fighter jet while the use of composite materials and innovation technologies and the fighter’s aerodynamic configuration ensure the low level of radar and infrared signature.

The plane’s armament will include, in particular, hypersonic missiles. The fifth-generation fighter jet has been successfully tested in combat conditions in Syria.