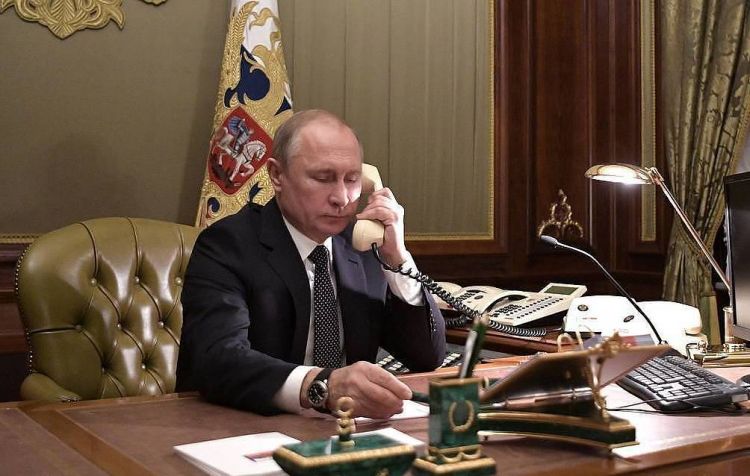 The presidents of Russia and Azerbaijan, Vladimir Putin and Ilham Aliyev, discussed regional issues in a telephone conversation on Wednesday, initiated by the Azerbaijani side, the Kremlin press service reported, EDNews.net reports citing TASS.

The presidents "exchanged views on the regional topic within the context of the deterioration of the situation on the Azerbaijani-Armenian state border in July of this year. The Russian side emphasized the importance of avoiding any actions that could enflame tensions," it added.

Azerbaijan’s President has also congratulated Russian leader on the registration of a coronavirus vaccine.

The two leaders also discussed pressing bilateral issues and "reaffirmed their determination to boost Russia-Azerbaijan partnership in all areas."

The conflict between Armenia and Azerbaijan over the highland region of Nagorno-Karabakh, a disputed territory that had been part of Azerbaijan before the Soviet Union break-up, but primarily populated by ethnic Armenians, broke out in February 1988 after the Nagorno-Karabakh Autonomous Region announced its withdrawal from the Azerbaijan Soviet Socialist Republic. In 1992-1994, tensions boiled over and exploded into large-scale military action for control over the enclave and seven adjacent territories after Azerbaijan lost control of them. Talks on the Nagorno-Karabakh settlement have been ongoing since 1992 under the OSCE Minsk Group, led by its three co-chairs - Russia, France and the United States.