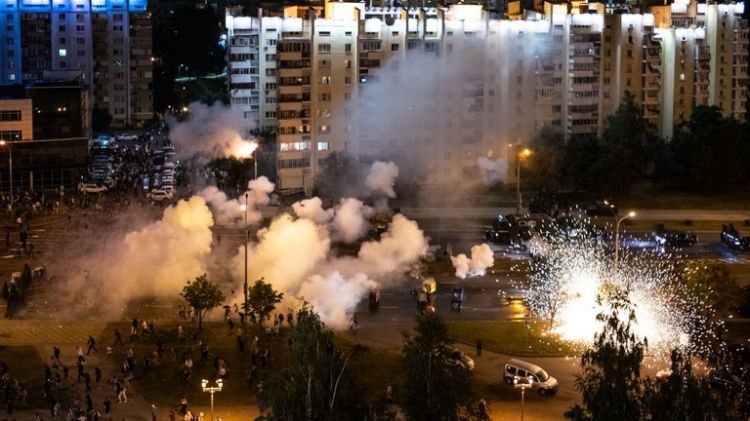 Thousands of protesters have rallied in Belarus's capital and other cities for a fourth straight night. The protesters marched against current leader of Belarus Alexander Lukashenko, EDNews.net reports citing ABC.

More than 6,000 Belarusians have been detained and hundreds injured during unrest triggered. Lukashenko dismissing the demonstrators as criminals and the unemployed.

On one avenue, people stood on balconies and clapped in an expression of support before riot police fired rubber bullets at them.

Groups of women, many dressed in white and carrying flowers, have been marching in several cities.