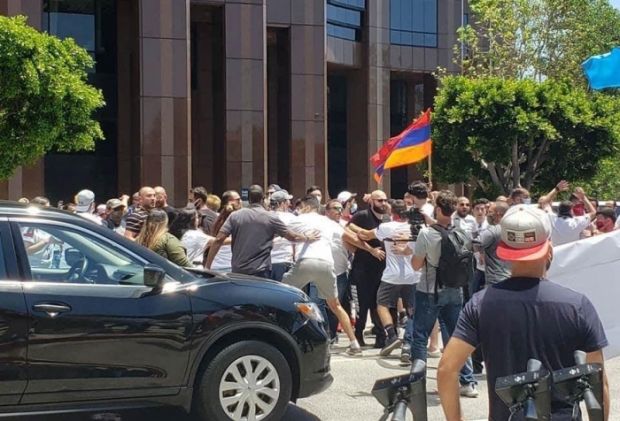 As it was known, a group of radical Armenian organizations, including the Armenian Youth Federation and the Armenian National Committee of America organized a rally in front of the building of the Consulate General of Azerbaijan in Los Angeles on July 22, EDNews.net reports citing Azvision.

During the rally, agrressive Armenian protestors committed provocation against members of Azerbaijani community, attacking and injuring our compatriots.

The Los Angeles Police Department is investigating incidents that occurred during a protest. LAPD spread information on identification of three Armenians who committed hate crimes against Azerbaijani. Police released a photo of one of them, noting that he was active among those who attacked the Azerbaijani Consulate General in Los Angeles and Azerbaijanis.

Police said the man, who was bald and bearded was between 25 and 35 years old with 165-170 cm height. He was wearing a light orange or pink shirt with a bracelet on his left hand.