Any attack on Turkish drill ship will cost dearly: Erdoğan 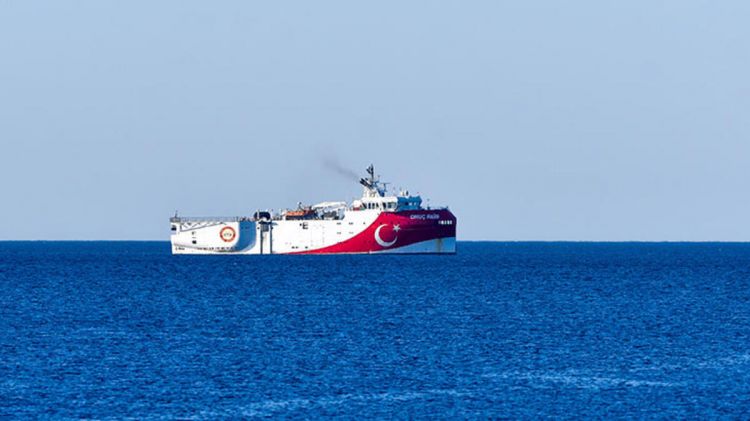 “We said before that if you attack our Oruç Reis [drill ship] you will pay a high price, and today they got their first response,” said Erdoğan, speaking at an event marking the 19th anniversary of the ruling Justice and Development AKP. He did not elaborate further.

Erdoğan's remarks came amid growing tensions in the region after Greece sent its warships to the area in the wake of signing a controversial maritime deal with Egypt.

Earlier in the day, Erdoğan and German Chancellor Angela Merkel also discussed regional developments, according to a statement by Turkey’s Communications Directorate.

During the phone call, Erdoğan stressed that Turkey believes in solving problems in the Eastern Mediterranean within the framework of international law based on dialogue and equity.

Earlier this week, Turkey resumed energy exploration in the region after Greece and Egypt signed a controversial maritime delimitation deal.

The agreement came only a day after Ankara said it would postpone its oil and gas exploration as a goodwill gesture.

But, after declaring the Greek-Egyptian deal "null and void," Turkey authorized the Oruç Reis research ship to continue its activities in an area within the country's continental shelf.

The ship will continue the two-week mission until Aug. 23 along with the ships Cengiz Han and Ataman.

Erdoğan said the only solution to the dispute was through dialogue and negotiation and urged Athens to respect Turkey’s rights.

Turkey has consistently opposed Greece's efforts to declare an exclusive economic zone based on small islands near Turkish shores, violating the interests of Turkey, the country with the longest coastline in the Mediterranean.