We will never allow the establishment of a second Armenian state on the territory of Azerbaijan - Ilham Aliyev
Read: 387

What Armenians are doing in Nagorno-Karabakh is contrary to International Law - Expert
Read: 387

“A hand grabbed my leg, I saw it was my daughter…” - our resident who suffered from the Armenian attack - PHOTOS
Read: 274 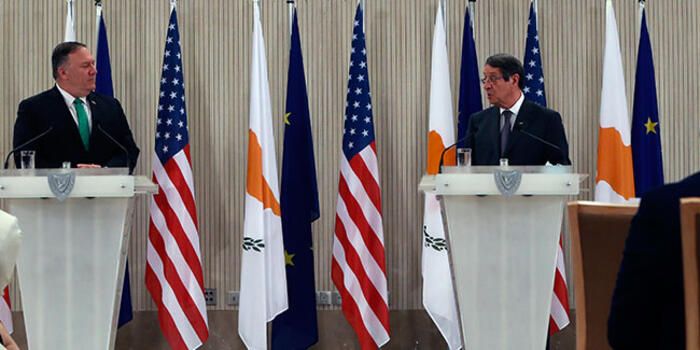 US Secretary of State Mike Pompeo expressed concerns over tensions in the Eastern Mediterranean during his Saturday visit to Cyprus, Sputnik news reports.

"We remain deeply concerned by Turkey's ongoing operations surveying for natural resources in areas over which Greece and Cyprus assert jurisdiction in the Eastern Mediterranean. The Republic of Cyprus has the right to exploit its natural resources, including the right to hydrocarbons found in its territorial sea and its economic – exclusive economic zone", Pompeo said, as quoted by the US State Department.

Pompeo stressed that regional cooperation is essential for energy security in the Eastern Mediterranean.

We also believe that the resources of Cyprus should be shared equitably among the Greek Cypriots and Turkish Cypriots communities", he said.

On Friday, Ankara said it was going to conduct artillery exercises from Saturday to Monday. The new drills will be carried out in the Mediterranean Sea northwest of Cyprus.