The similar destinies of Cyprus and Karabakh in the globalised world
Read: 316 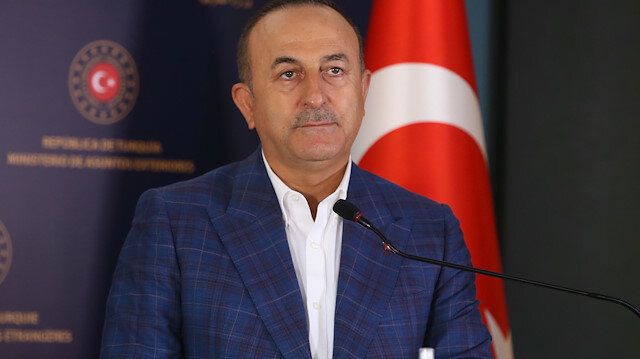 Foreign Minister Mevlut Cavusoglu said on Monday that Turkey does not expect the European Union to impose sanctions on it over a dispute with Greece over territorial claims in the eastern Mediterranean Sea, Yeni Safak reports.

The EU says it fully supports member states Greece and Cyprus in the dispute and has said it is drawing up potential sanctions if dialogue does not begin. Cavusoglu repeated in the interview on NTV Turkey was open to talks without pre-conditions.

According to Cyprus mail news, Cavusoglu repeated Turkey was open to talks without pre-conditions, but added that the seismic research vessel Oruc Reis will soon resume operations after it anchored off Turkey’s southern coast on Sunday following its presence in an area to the west of Cyprus.

He said he did not expect EU leaders, who have already agreed modest sanctions against Turkey, to take further steps next week but such measures could not be ruled out.

“It could be against our ship, our company, individuals. They took such decisions in the past. Have we given up on our determination? No, our determination increased,” he told broadcaster NTV.

It should be noted that Greece and Turkey have had disputes over the exploration of hydrocarbon resources in the Eastern Mediterranean led to the rise of the tension between two countries.

Both sides are expected to engage in the dialogue to resolve disputes.