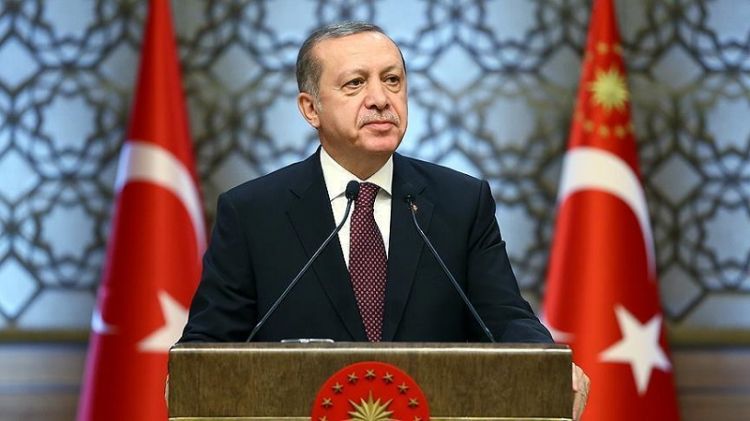 “On the 102nd anniversary of the liberation of Baku by the Caucasian Islamic Army together with our Azerbaijani brothers under the command of Nuru Pasha, I pay tribute to our heroic soldiers who fell in this battle, and remember our veterans,” the Turkish president said in his letter.

“The Caucasian Islamic Army, which laid the historical foundation of "One nation, two states" slogan, became a source of our common pride and a symbol of our eternal brotherhood. Our brotherhood, inherited from our ancestors who fought shoulder to shoulder during the battle of Canakkale as they did in Baku, today constitutes the spiritual basis of our common destiny.”

“Thanks to Your Excellency's efforts and contributions to our brotherhood, Turkish-Azerbaijani relations are today perfectly developing in the political, economic and military areas. With the inspiration we have drawn from our history and the strength we have gained from our unshakable ties, our countries have become the guarantors of stability in our region,” Erdogan noted.

“I do infinitely believe that the Turkish-Azerbaijani brotherhood will last forever, and our countries will stand by each other in good and difficult times, as they have done so far,” the Turkish leader said.

“Availing myself of this opportunity, I once again express to Your Excellency my best wishes for your good health and happiness, and for the continuation of beautiful days and high prosperity of the friendly and brotherly people of Azerbaijan,” Erdogan added.