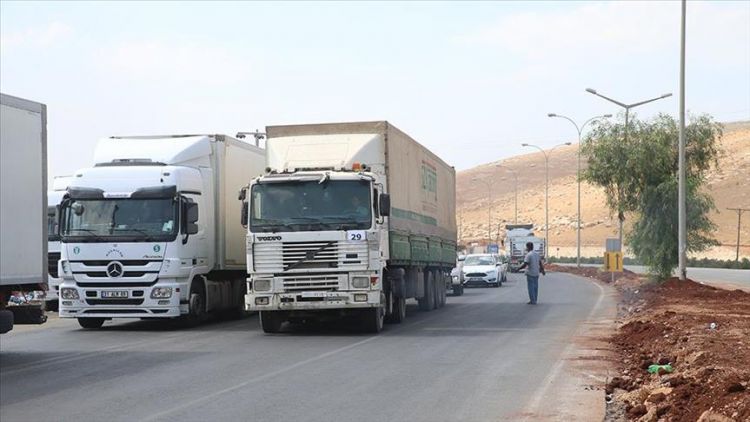 The UN on Monday dispatched 46 trucks loaded with humanitarian aid to northwestern Syria, where millions of people remain in need of assistance due to internal conflict, Yeni Safak reports.

Some 150 tons of food supplies aid consisting of flour, sugar, oil, and a variety of food for breakfast will be distributed among those in need in the Atmeh refugee camp near the Turkish border.

Idlib falls within a de-escalation zone forged under an agreement between Turkey and Russia.

The area has been the subject of multiple cease-fire understandings, which have frequently been violated by the Assad regime and its allies.

The influx of civilians displaced from other parts of Syria has increased Idlib’s population to about 4 million in recent years.