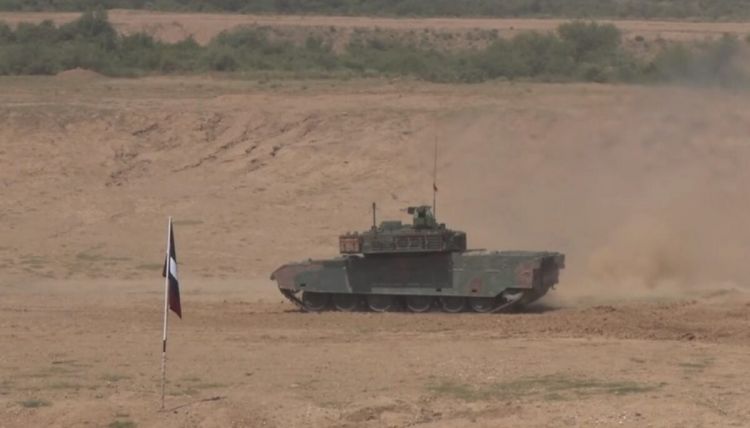 This potent war-fighting machine will be employed in an offensive role by strike formations after induction.
The Tank VT-4 is compatible with any modern tank in the world integrating advanced armour protection, maneuverability, firepower capabilities, and state of the art technology.

Interacting with the officers and men, the COAS expressed satisfaction over the demonstrated performance of Tank VT-4, another addition to the inventory of Armoured Corps after recent induction of indigenously produced Al-Khalid-1 Tank.

The COAS said that Pakistan army is alive to emerging challenges and regional threats.

“We are completely focused towards internal and external challenges to defence of Country and prepared with matching response against all threats to sovereignty, security and territorial integrity of Pakistan,” the Army Chief said as per the Inter-Services Public Relations (ISPR).