We have no military targets in Armenia - Azerbaijan President | Eurasia Diary - ednews.net

What Armenians are doing in Nagorno-Karabakh is contrary to International Law - Expert
Read: 433

“A hand grabbed my leg, I saw it was my daughter…” - our resident who suffered from the Armenian attack - PHOTOS
Read: 329

We have no military targets in Armenia - Azerbaijan President 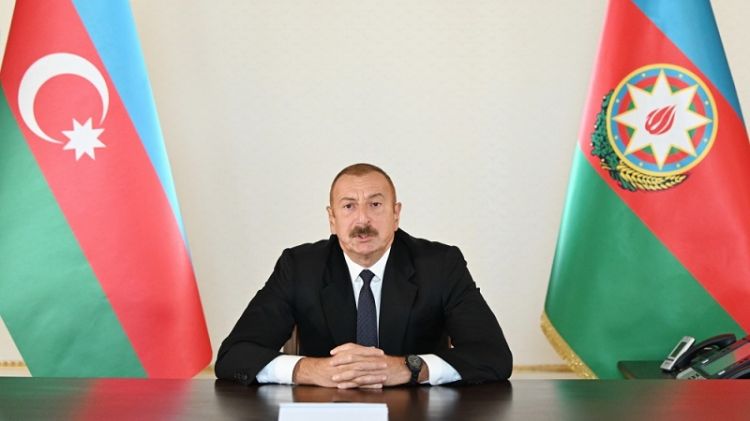 “Azerbaijan has no military targets in Armenia,” President of the Republic of Azerbaijan and Commander-in-Chief of the Armed Forces Ilham Aliyev said in his address to the people, News.Az reports.

The address says: “Armenia's military provocations against Azerbaijan have become regular of late. In July, our servicemen and a civilian were killed as a result of artillery fire in the direction of Tovuz on the Armenian-Azerbaijani border. It is no secret that the first fire, including artillery fire, was opened by Armenia, and the first victims were Azerbaijani servicemen. Azerbaijan gave a fitting rebuff to the enemy and they could not move an inch forward. The enemy was stopped and the territorial integrity of our country was protected. As a result of the crushing blows, the Armenian side was forced to accept a bitter defeat. I have said this and I want to say again that if we had wanted, we could have conducted military battles on the territory of Armenia. However, we do not have military targets in Armenia, and this being the case, a ceasefire was introduced a few days later.”