"The Azerbaijani community of Nagorno-Karabakh is ready to live with the Armenian population" - Hikmet Hajiyev
Read: 709 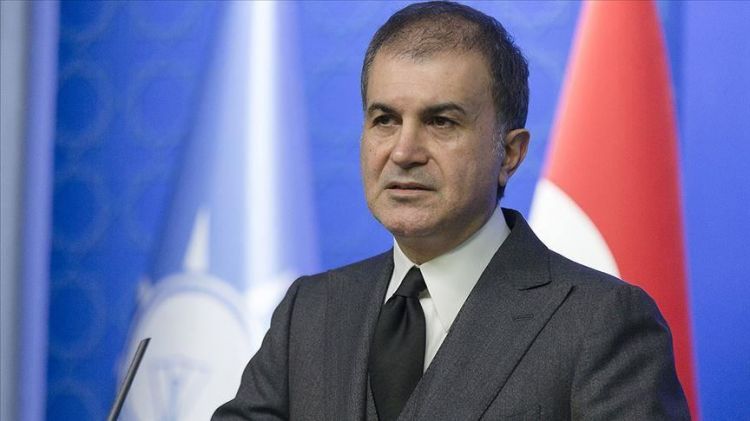 "Turkey will continue to support our Azerbaijani brothers in whatever way they want," said Omer Celik, spokesman for the Justice and Development (AK) Party.

Celik stressed that Azerbaijan has the right to defend its territory, adding that the Upper Karabakh region is the territory of Azerbaijan and Armenia is the occupying force there.

"Azerbaijan and Turkey are the two countries which have the same fate, same future and same values," he said.

He underlined that the conflict will be resolved as soon as Armenia leaves the occupied territories, and said an advice from anyone that Azerbaijan should exercise restraint after the Armenian attacks is “unacceptable.”

"The Armenian side is in panic. It turns out that they have mercenaries fighting in their ranks and have close links with PKK [terror] members."

In its more than 30-year terror campaign against Turkey, the PKK -- listed as a terrorist group by Turkey, the US and EU -- has been responsible for the deaths of nearly 40,000 people, including women, children, and infants.

Celik said that Armenian Prime Minister Nikol Pashinyan is aiming to cover up the issue by claiming that Turkey has sent "jihadist groups" to fight.

"But, it is Armenia that brought foreign elements there," he added.

Four UN Security Council and two UN General Assembly resolutions, as well as many international organizations, demand the withdrawal of the occupying forces.

The OSCE Minsk Group – co-chaired by France, Russia, and the US – was formed in 1992 to find a peaceful solution to the conflict, but to no avail. A cease-fire, however, was agreed upon in 1994.