"The Azerbaijani community of Nagorno-Karabakh is ready to live with the Armenian population" - Hikmet Hajiyev
Read: 701 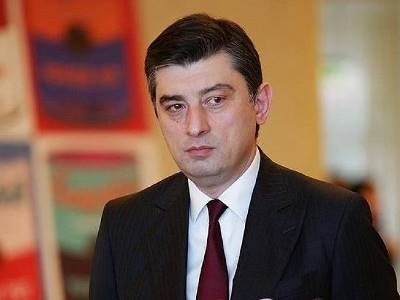 In an official statement on the resumption of hostilities between Armenia and Azerbaijan, Prime Minister of Georgia Giorgi Gakharia offered representatives of Azerbaijan and Armenia to meet in Tbilisi to establish negotiations between the conflicting sides, as reported Georgia News.

“A complicated situation has been created as a result of the subsequent military confrontation between Armenia and Azerbaijan, there are many casualties, and unfortunately, the cease of hostilities and resumption of dialogue still seem impossible.

We all understand that further escalation of the situation will have an extremely negative impact on security in the whole region.

Once again, we call on the OSCE Minsk Group Co-Chairs and international participants to maximally take advantage of their opportunities to cease escalation and restart dialogue.

As you know, Georgia is linked to Azerbaijan and Armenia by friendly and neighborly relations.

The Azerbaijanis and Armenians, who have been historically living in Georgia, have always played a major role in the development and strengthening of not only Georgia, but also the whole region. Simultaneously, their peaceful coexistence serves as a good example of the fact that Georgians, Armenians and Azerbaijanis can turn the entire South Caucasus into a zone of peace and development. Our common interest is the establishment of peace in the region as soon as possible. Georgia is ready to contribute to this process in any way, including the hosting of a meeting with representatives of the conflicting sides in Tbilisi in order to establish dialogue,” the statement reads.