Azerbaijan's liberation of its own territories destroys the previous order in the South Caucasus - Expert
Read: 430

"I can no longer see France, which shines in all its glory" - A moral lesson from a French Muslim woman to Macron
Read: 424

President spoke about how he proved to the world that Karabakh is our historical land in his address to the nation
Read: 342

"The beauty of Karabakh is felt when it is united with Azerbaijan" - Umud Mirzayev - VIDEO
Read: 312 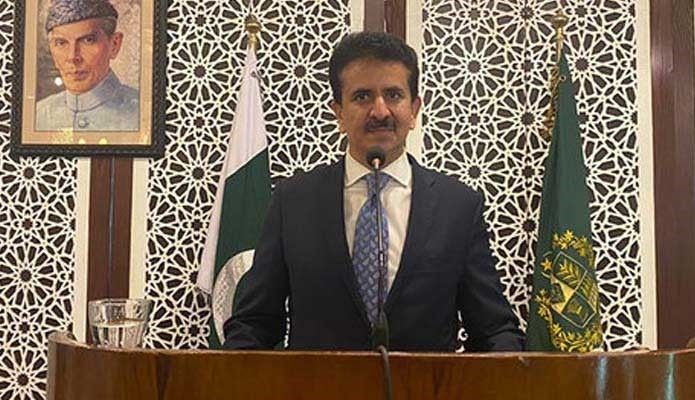 The Foreign Office has said that Pakistan supports Azerbaijan’s position on the Nagorno-Karabakh issue which is in line with the several unanimously adopted UN Security Council Resolutions, the Dispatch News Desk (DND) news agency reported.

“Pakistan stands with the brotherly nation of Azerbaijan and supports its right of self-defense,” the Foreign Office Spokesperson Zahid Hafeez Chaudhri said in the opening remarks of his weekly media briefing in Islamabad on Thursday.

Zahid Hafeez Chaudhri said that the intensive shelling by the Armenian forces on civilian populations of Azerbaijani villages is reprehensible and most unfortunate.

The fresh escalation of tension between Azerbaijan and Armenia resulting in fierce fighting has caused 23 more fatalities.

Since September 27, dozens have been killed and hundreds wounded in the fighting between Azerbaijan and Armenian forces in the disputed region of Nagorno-Karabakh.

The Nagorno-Karabakh is internationally recognized as part of Azerbaijan but it is illegally occupied and governed by ethnic Armenians.