Azerbaijan's liberation of its own territories destroys the previous order in the South Caucasus - Expert
Read: 430

"I can no longer see France, which shines in all its glory" - A moral lesson from a French Muslim woman to Macron
Read: 424

President spoke about how he proved to the world that Karabakh is our historical land in his address to the nation
Read: 342

"The beauty of Karabakh is felt when it is united with Azerbaijan" - Umud Mirzayev - VIDEO
Read: 310 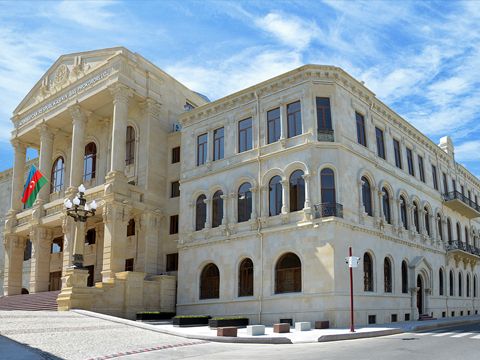 At about 13:00, the shell fragments hit a house in Hajimammadli village of Aghdam region, as a result of which 54 year old Mursal Mammadov and his son 24 year old Samir Mammadov were killed.

A criminal case has been launched into the incident.

Earlier it was reported an Azerbaijani civilian, Hasanov Zabil, born in 1982, was killed in Armenian artillery attack in Tartar district on October 1.

Overall, 18 Azerbaijani civilians have been killed and 58 have been injured in Armenian attacks on Azerbaijan’s civilian infrastructure since September 27. Among the killed civilians are three children as well as five members of the same family.

Armenian armed forces launched a large-scale operation in the front-line zone on September 27 at 6 am, shelling the positions of the Azerbaijani army from large-calibre weapons, mortars, and artillery installations of various calibres.

Azerbaijan launched a counter-offensive operation along the entire front to suppress the combat activity of the Armenian armed forces and ensure the safety of the civilian population. Azerbaijan liberated Garakhanbeyli, Garvend, Kend Horadiz, Yukhari Abdulrahmanli villages of Fizuli district, Boyuk Marjanli, and Nuzgar villages of Jabrayil district as well as strategically-important Murov height and destroyed the positions of the Armenian armed forces in the direction of the Agdere district and Murovdag.