Leaders of religious confessions in Azerbaijan issued a joint statement on the destruction of our religious monuments in Karabakh.
Read: 351 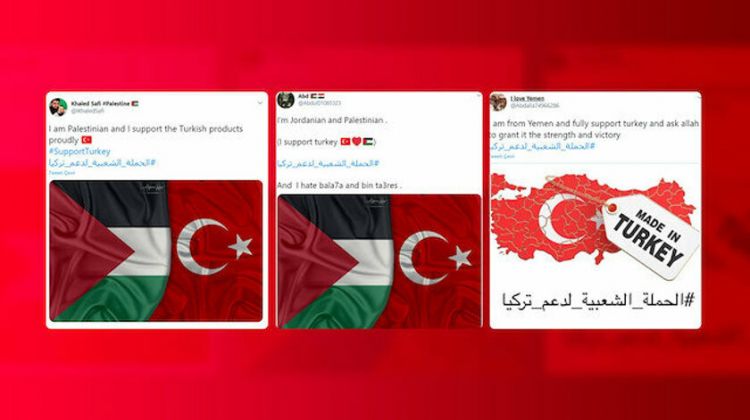 Saudi Arabians should not do business with Turkish companies in the Kingdom, said the head of Saudi Arabia’s Chamber of Commerce on Wednesday, as he repeated his call for a boycot of “everything Turkish.”

“I say it with certainty and clarity: No investment, no import, no tourism.” said Saudi Arabia’s Chamber of Commerce head Ajlan al-Ajlan in a post on Twitter.

“We, as citizens and businessmen, will not have any dealings with everything Turkish. Even the Turkish companies operating in the Kingdom, I call not to deal with them,” he added.

But, the boycott campaign launched by Saudi Arabia against Turkish goods was not supported in the Arab world. While Saudi Arabia force  the authorities responsible for the commercial sector as well as their own citizens to do "the semi-official boycott", support to Turkey came from counrties as  Qatar, Kuwait, Somalia, Ethiopia, Yemen and Egypt .

Qatar, Kuwait, Somalia, Ethiopia, Yemen and Egypt via Twitter initializing "Support Turkey" are expressing their support with the hashtag.